Previously you could only use face swap using the camera on snapchat, but now you can do it with any photo on your phone. That means you can have some amazing results, such as substituting your head over Justin Bieber or paying personal tributes to the likes of David Bowie and Prince.

We’ve also seen some really cool Snapchat face swap filters for The Terminator, so you can really let your imagination run wild on this. 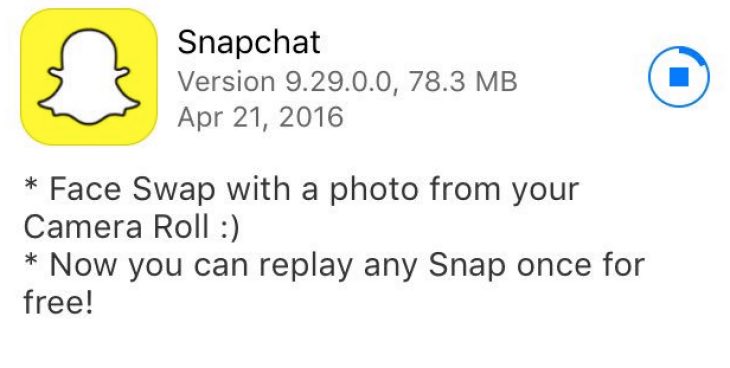 Here is how to use the new face swap features on Snapchat: Simply hold down on your face on in front-face camera mode, this will bring up the Snapchat selfie lens option and then you just have to swipe until you see the new Face swap lens on Snapchat – as shown in the image below.

From here, you can just tap capture and then you will now have the option of choosing from your camera roll for you to choose which image you want to face swap with it.

The new @Snapchat update is awesome and freaky at the same time ðŸ˜‚ #sorry @justinbieber pic.twitter.com/JfASWMpLnd

It’s fantastic as you can even use pictures which have been created on other apps resulting in some really bizarre creations, so we want to see your best ones.

Do you love the new Snapchat update 9.29.0.0 with Face Swap? Let us know if you are having any problems on getting it on your phone as it should be fairly easy for everyone to get started.