With the new Terra Battle update going live as we told you earlier this week, Mistwalker has also added a brand new dungeon to the game, incorporating The Last Story into Terra Battle.

The Last Story is actually a Wii game released back in 2012 by Mistwalker and now the developers are merging it into Terra Battle with a very cool tie-in.

The important thing you need to know is that this Last Story dungeon in Terra Battle can be played with the main prize being two secret character unlocks – Zael and Calista.

We now can show you how to unlock Zael and Calista in Terra Battle, as Mistwalker has hidden some special requirements that you need to fulfil during the 10 stages of the dungeon.

Only when you perform these steps can you unlock Zael with a ‘perfect fate’ ending in Terra Battle The Last Story, as there are four different endings and you won’t get Zael with the other three. 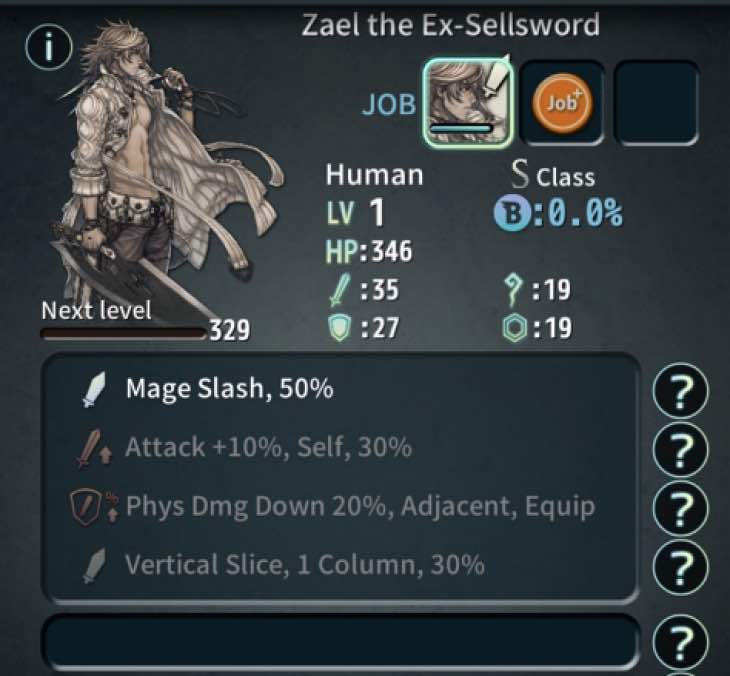 You can however get Calista with the Alternate Fate ending in Terra Battle, which has its own steps to follow too.

Now as far as we’re aware, to get Zael you need to complete the entire dungeon in no fewer than 50 seconds of movement across the 10 stages. This means that you need to be extremely quick when moving your units – basically aiming for double pincers with each move.

We could be wrong on this, but these are the rumored requirements going around to get the perfect ending and unlock Zael – it’s also Mistwalker’s way of making it super difficult to unlock a free S class in the game.

Below are the steps as we know on how to get the perfect fate ending in Terra Battle. Feel free to correct us in the comments section if we have missed some steps, or if you have found an easier and working method.

Stage 1: Don’t hit Calista directly with Zael
Stage 2: Heal the NPC
Stage 3: No requirements
Stage 4: Win in 5 turns or less
Stage 5: No requirements
Stage 6: Use the NPC’s Meteor to kill 4 or more Golems
Stage 7: No requirements
Stage 8: Wait until the NPC’s Nullify Heal spell has expired before clearing
Stage 9: Don’t kill Zael, kill Mitra (Mitra won’t appear if previous steps not followed)
Stage 10: Use Zael to attack Calista in beast form, ensure that you have completed whole stages in less than 50 seconds of pincer movement.

So there we have it. Try it out for yourself and let us know which ending you get. Also leave us a comment if our information helped you and if you have managed to get Calista and Zael to drop.