We were waiting for Microsoft to unveil some of the new Xbox One May 2015 features and now we’re pleased to bring you one confirmed feature that is on the way.

Once the update is rolled out to everyone, those with a Windows Phone or Android phone will be able to turn their Xbox One console on remotely from their mobile device.

The feature will work thanks to the Xbox One Smartglass beta app for Windows Phone and Android, which is already available on both marketplaces now. 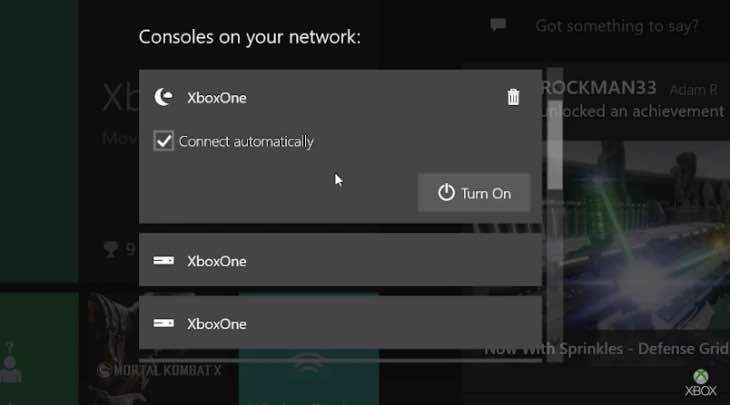 This is going to be one of several new features that is coming in the Xbox One May update. Looking specifically at this new remote power-on option though, it’s certainly a great addition that Android and Windows Phone owners will appreciate.

It also means that using your phone you can power on the console remotely and stream TV to your phone without having to touch the controller once.

One word of warning now before you all try this feature out, as you will need your mobile device to be running on the same home network as your Xbox One – otherwise it won’t work.

Will you be making use of this feature via your Windows Phone or Android device? Well done to Microsoft for continuing to listen to fan requests and feedback.