You may find it slightly hilarious, but it appears that one of the biggest talking points about the launch of Quantum Break on PC, is that there is no way to quit the game directly from the menu.

Given that this is a direct port of the Xbox One version, some of you may be wondering how to quit Quantum Break on PC in a matter of hours when it launches.

Take a look at the series of Tweets from Twitter user Joseph Bradford who shows evidence of the game’s current menu screen which doesn’t have a way to close Quantum Break on PC at the time of writing. 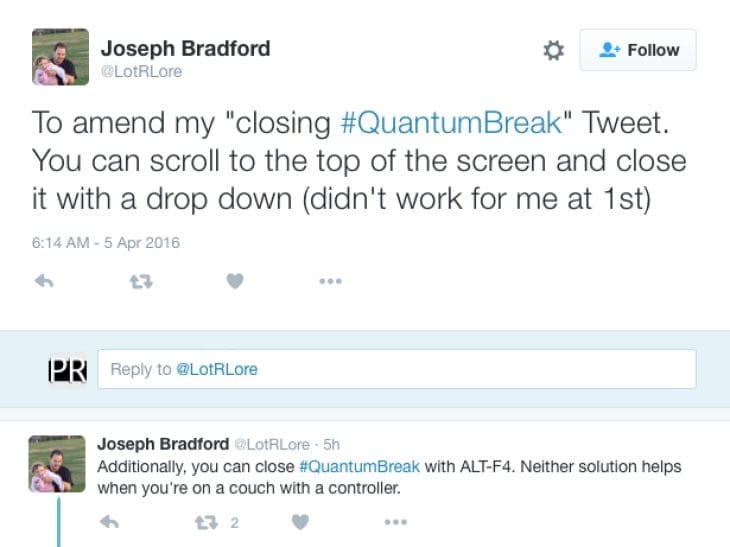 This means that it is evident that it has been a direct port with no specialist treatment for PC users, so you may have to go the ALT + F4 route when you want to get out of the game.

Alternatively, we hear that you can scroll to the top of the game and close it from a drop down menu, but the reality is that there’s no physical button on the menu screen.

If you plan to play the game with a controller on the sofa like many will, this isn’t good news for you as it means having to keep a keyboard nearby which obviously isn’t convenient.

What is your reaction to this – an unbelievable oversight or are you used to it now as a PC gamer?