As most of you will have heard, Microsoft’s big announcement at E3 2015 was the unveiling of free Xbox One backwards compatibility for Xbox 360 discs – two years after Microsoft said it wasn’t possible.

Now it’s coming in Holiday 2015 though and if you’re a member of the Xbox Preview Program, you can even try out the new feature right now.

If you didn’t already know, the Program is by invite only. You simply have to be invited by Microsoft specifically, or as other users are now starting to find out – get a referral invite from a friend who is already a member.

As a result, we can see that Xbox owners are now taking to social media channels such as Twitter and YouTube and hoping that good samaritans will invite them into the program. 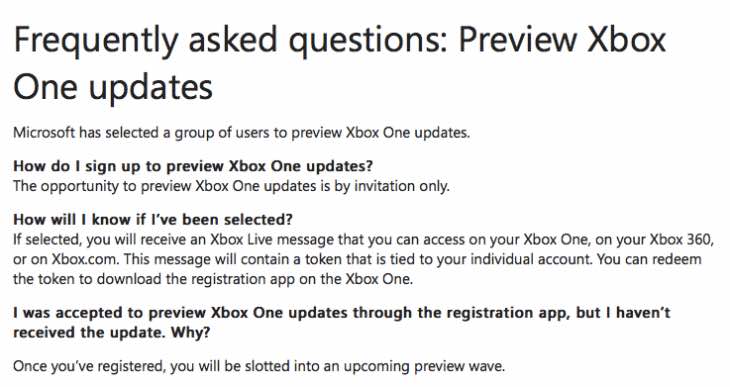 Luckily, we can see that there’s many members who are willing to take invites on board. Some are less friendly and are even charging others to get in, but if you take the time to look you’ll see that others are more accommodating.

Watch the video below which we’ve found for instance, which gives you a route into the program if you leave your Xbox gamertag in the comments section and the uploader will be referring all.

For those asking how long does it take to get into the Xbox Preview Program, we hearing that the process takes around a week once Microsoft decides whether or not to let you in – your Gamertag score and profile history could come into play here.

Have you been lucky enough to get in today and are already trying out the new Xbox One backwards compatibility features? If so, leave us your thoughts below on what you think about the new feature.

Alternatively, those looking for an Xbox Preview Program invite can leave their Gamertag below in case other members feel generous and want to sign you up.