The moment has finally arrived for Destiny players. There is now a way to officially unlock the Sleeper Simulant in Destiny and how we show you how to get it for those that are just starting out from step one.

We were one of the first to allude you to the start of the First Firewall quest and now we can see that players have managed to reach the other missions in this quest line and finally get the weapon. 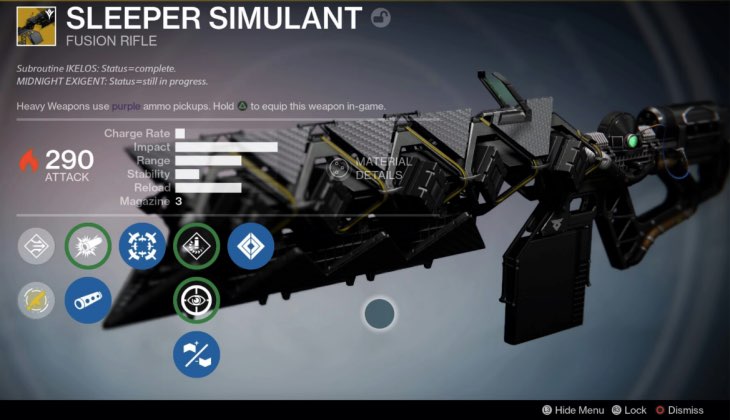 Once you have input the passcodes which we revealed here, you then need to obtain the Ikelos Fusion core and move on to the next step which deals with Warsat events.

The last step which players were waiting for involves starting the Sleeper Stirs Strike, to which you can get the Sleeper Simulant Weapon Frame.

You then take this to Banshee and he’ll give you the exotic in return. Follow the link above for a detailed Sleeper Simulant guide over at Reddit and let us know when you have obtained yours.

We will be following this up on some review impressions soon so stay tuned for that. What are your thoughts on the exotic if you now have it? Is it the ‘Year Two Gjallarhorn’ that many were expecting?