The Alien Blaster has turned out to be a running tradition for the Fallout 4 series and with it appearing in previous titles, many fans had been wondering what fate the gun would have in Fallout 4.

Now players are starting to find it, but it looks like getting it depends on chance or specifically, the Fallout 4 Alien crash site ‘event’ which doesn’t always spawn.

To have a chance of triggering it, you first need to head to the location pictured above which is nearby Oberland Station.

You then need to proceed through the broken fence, into the woods until you come across the Alien crash site in Fallout 4 – if it isn’t there, you need to come back several hours later and try again. 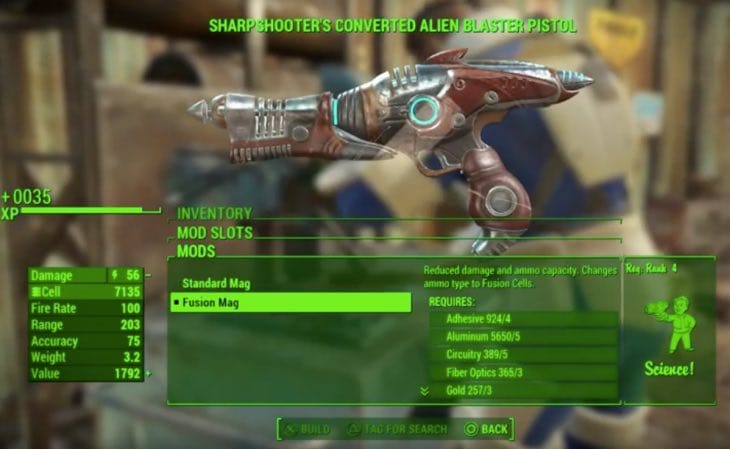 Once you do see it, you have to follow the trail of alien blood until you get to a cave. Simply kill the wounded alien inside and collect both the Alien Blaster Pistol and also the Alien Blaster Rounds which only give you 440.

That isn’t going to last you long, but the true purpose of the weapon requires to you upgrade it. Head back to your weapon modifier menu, then alter the blaster so that it accepts Fusion Cells as its primary ammo.

This is how you get Alien Blaster unlimited ammo in Fallout 4 essentially, but you’ll have to sacrifice a reduction in damage output at the same time – still a worthwhile trade off.

Watch the video which we have included below which shows you the Alien Blaster weapon location for Fallout 4, for those that need a visual guide.

Thoughts on this weapon once you have it?