If you thought that Treyarch only put one easter egg into Der Eisendrache zombies, we’re here to remind you that this definitely isn’t the case.

Players are starting to uncover even more secrets for the latest zombies amp and now we give you a heads-up on how to get the ‘Panzer Helmet’ in Der Eisendrache zombies.

This is a unique helmet that players can unlock by following certain steps, which ultimately is attached to the Panzer Soldat boss which makes its return from Origins.

Thanks to YouTuber MrDalekJD who has once again unlocked another secret in map, we now know that players need to find three Panzer Arm locations in Der Eisendrache, which is needed to get the helmet.

These three pieces need to be fired off by one player in the team, with the sole purpose of hitting the incoming Panzer Soldat when it is rampaging towards you. 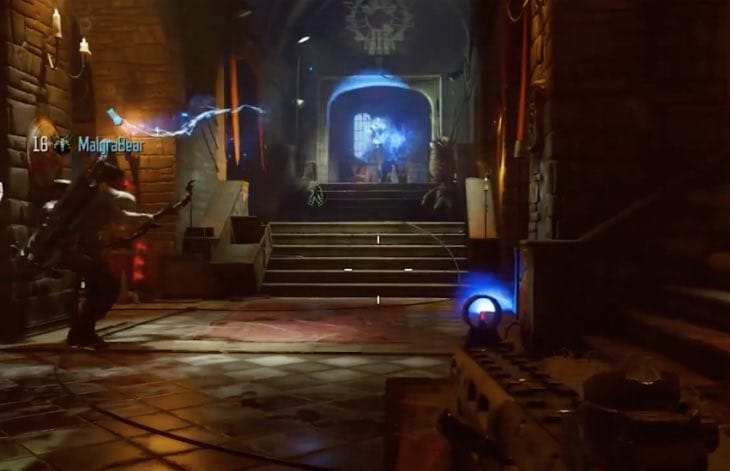 You need careful timing and coordination with your team to pull it off and once you have done it three times, all of your members will then unlock the Panzer Helmet in BO3 Der Eisendrache zombies.

What does the Panzer Claw Helmet do in Der Eisendrache you ask? It has a meaningful purpose as well, since players who have unlocked it say you take less hits from the Panzer Soldat with it equipped, than without.

If you are a hardcore player and regularly reach the latter rounds, this could be a key item for you to get which will keep you alive longer.

Watch the video below to find out the steps on where to find the Panzer Arms in Der Eisendrache and let us know if you have noticed any other functions for this wacky new headgear.