One of the big surprises for Destiny Year Two has now been revealed. It turns out that Bungie has decided to offer up a Legendary Stranger’s Rifle in the game, turning that mysterious but fan favorite pulse rifle purple.

The initial problem with this is that many of you may have already dismantled your Stranger’s Rifle. So, the question that you will be asking is – ‘How to get another Stranger’s Rifle in Destiny’?

Bungie has inserted another way to do it without completing the game again and there is a specific quest to get the Legendary Stranger’s Rifle that you need to complete.

It’s called Fruit of the Garden, which you will be able to access from the Abandoned Quests menu next to the Vanguards at the Hall of Guardians in the tower. 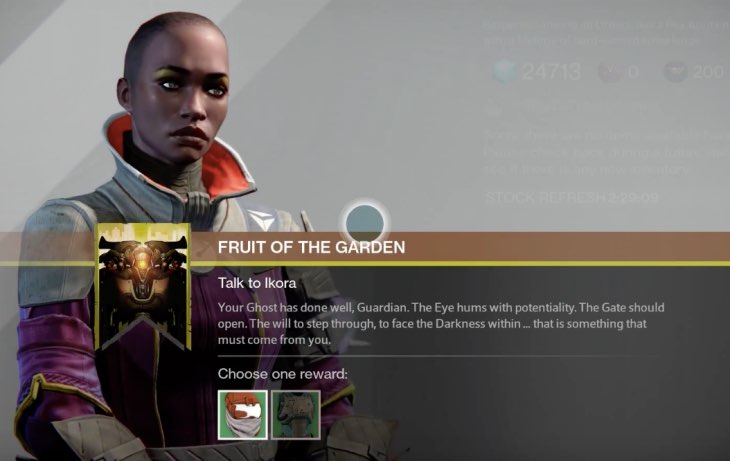 Simply complete this quest again, head to the Speaker and you will be able to get the Stranger’s Rifle again which should now be at Legendary Status.

If you have been wondering why so many players have been using the Stranger’s Rifle in PVP after the Destiny 2.0 patch, this is the reason why!

We’ve added a video below making the steps clearer for those that want further help. Let us know your thoughts on this lovely surprise by Bungie and if you now believe that the Stranger’s Rifle has moved up to top tier after the upgrade.