We can see that there are more problems that Destiny players are reporting after the big April update earlier this week. This time, hundreds of players complaining that their Destiny Sterling Treasure box is missing from the Postmaster.

Bungie has added this new type of box to the game and players are supposed to get free Sterling Treasure from the Postmaster after every weekly reset.

Some players have managed to get three treasure bags from the Postmaster, but unfortunately many are saying they got nothing.

There is an entire thread about it here which Bungie set up, with many of the replies solely being about the bugged treasure boxes. 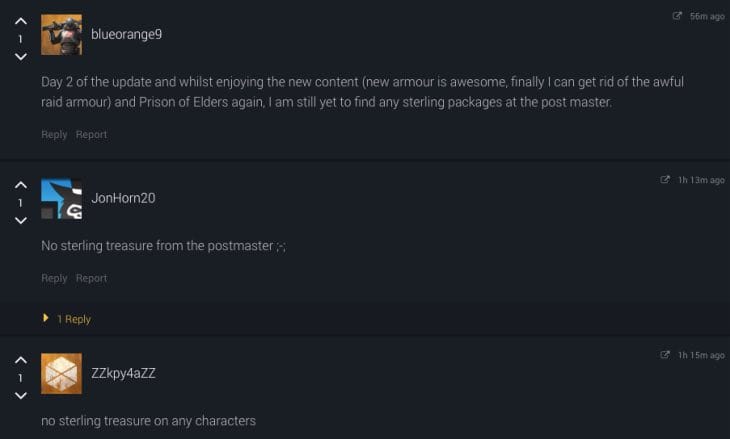 We have seen that some players have managed to get the treasure boxes from Postmaster, but only by creating a new character which obviously isn’t very ideal.

The desperation on how to get sterling treasure boxes in Destiny is clearly frustrating a lot of you, but hang in tight as help is on the way. Bungie are working on a fix as confirmed in the link above, but in the meantime we want to know your experiences so far.

The main question: Did you get any boxes from the postmaster, if so how many?