This time though, there’s a real sense of urgency to grab it for good reason, so now we show you the quickest way on how to get the Black Spindle in Destiny – plus how to Infuse the Black Spindle and keep it on 309 permanently.

The Black Spindle is essentially an exotic Destiny Black Hammer for Year Two. Special Black Spindle perks include White Nail, which can refill the magazine from your reserves after rapidly landing three precision shots. 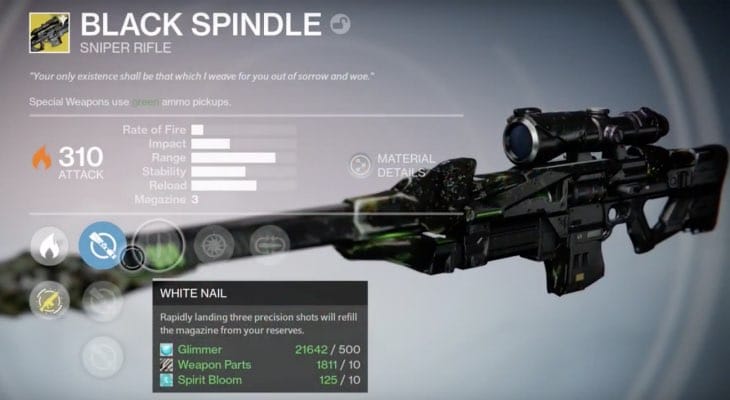 To unlock the Black Spindle in Destiny, you need to take on the Lost to Light quest which is only available via the Daily Heroic Strike.

Once you have it available, you need to divert from this mission mid-way and instead go towards the Shadow Thief strike where you board the ketch. You have to get to this stage without dying and if you do so you will be able to reach a hidden area where you will activate a timed-boss fight.

This is the Kill the Taken mission which you have 10 minutes to do. It’s near-impossible when going solo, so you really need to take a fully powered team with you in order to get it done. 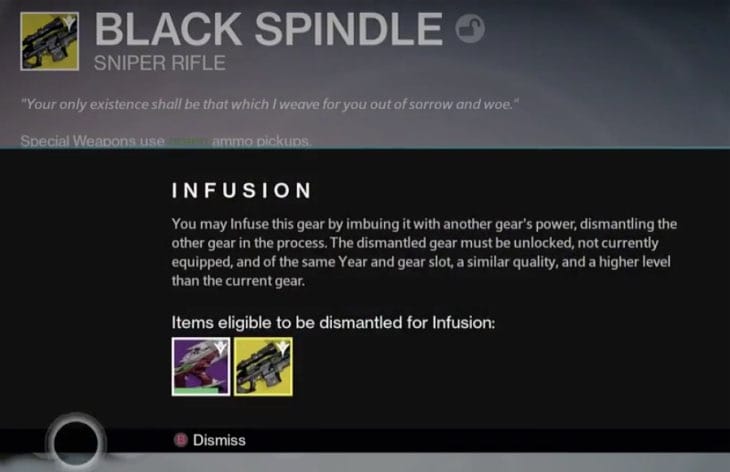 We have included two videos below, which give you an full Destiny black spindle strategy guide and also a second video which shows you how to infuse the Black Spindle effectively to 309.

We say effectively as Bungie’s Deej has already confirmed that the 310 Black Spindle drop is a bug and is actually meant to be 290 in reality – hence a Black Spindle nerf is confirmed. That is why players are rushing to get this mission done and infuse it as soon as possible – since there won’t be any penalty for doing so.

Watch the videos below for a better explanation and let us know if you have also managed to get this Black Spindle today in Destiny.

Let us know if you need any help on the Destiny Lost to Light quest for Black Spindle below.