Unsurprisingly, there is still a lot of excitement still floating around from Friday’s Battlefield 1 reveal. Now we can see that many of you are wondering how to get into the Battlefield 1 beta on PS4, Xbxo One nd PC and we have some good news for you.

We can confirm that there will be a Battlefield 1 beta and it looks like EA are opening it up to everyone for free, no pre-order needed.

The developer has opened up a Battlefield ‘Insider’ program on the official website and under the description there it states that joining Battlefield Insider will get you access to the beta, along with exclusive content and other in-game items. 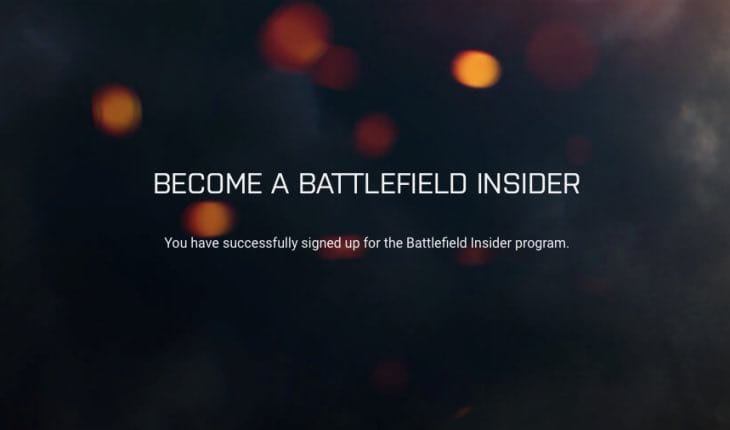 We’re guessing that EA will reveal full details of the Battlefield 1 beta release date for PS4, Xbox One and PC at E3 2016 when we are due a closer look at the game.

Sign up now though to Battlefield Insider here while you still can and let us know how excited you are to play this year’s game, which will head back to World War 1 environments.