A big mystery is currently engrossing the Destiny community right now, after a fantastic discovery was made in relation to the Destiny King’s Fall secret room.

It appears that Bungie has one or two undocumented secrets lying in The Taken King raid and now players have completed the first steps on how to find Destiny’s King’s Fall secret room.

The problem right now, is that nobody knows how to get into the room consistently without jump glitches and also what to actually do once you get inside. 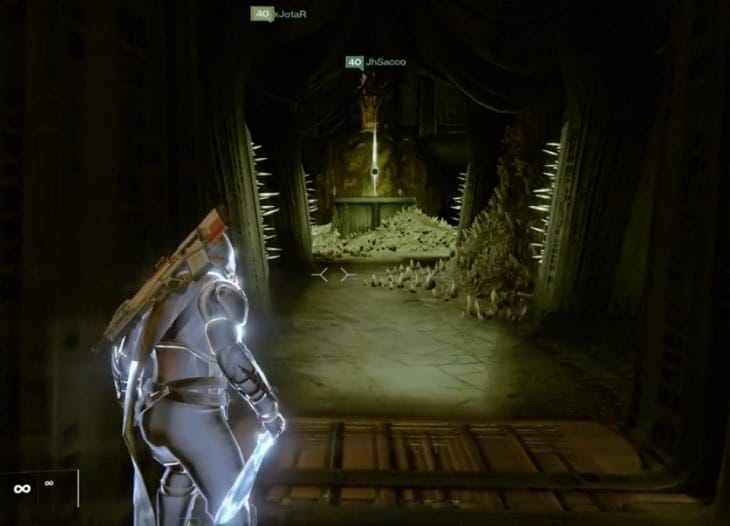 The theory is that this room and its possible rewards is being saved for the release of Destiny’s King’s Fall raid on hard mode. This is still likely to be some time away though, since players are having enough difficulty completing on regular with a decent team.

For now, watch the video below to get an idea of how the discovery was made and evidence that it is definitely real with players entering this secret room and trying to figure out the meaning behind it.

If you have managed to find out anything else regarding the secret room in King’s Fall, leave us a comment below. We’ll update this once further developments have been made – go and find this room for yourself and report back with your results.