If you haven’t heard of the buzz surrounding Father.IO yet, we’re here to remind you that this game is currently being crowdsourced via IndieGoGo and show you how you can download Father.IO right now for iOS and Android.

Before that though, we wanted to let you know that you can play Father.IO right now as it’s still in beta testing. It is very easy to get into the game on Android as you can sign up here to become a beta tester via Google Play and access a special link to download the game. 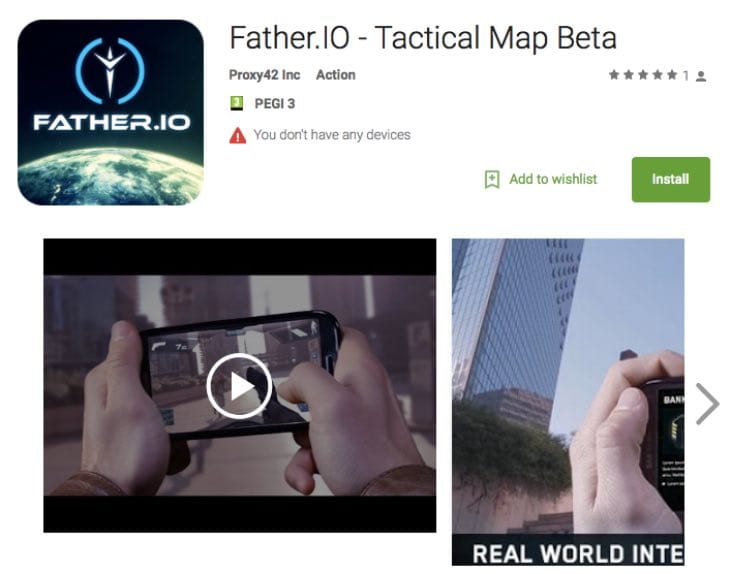 To download Father.IO on iPhone or iPad, it will take longer to process as this is a form that requires feedback from the developers – if you leave your details though, you should receive a quick response via email.

We know many of you are getting desperate looking for Father.io APK downloads, so we just wanted to make sure you knew that there’s official ways to play the game before public launch.

With that said and done, head to IndieGoGo for a full overview of how the game plays and enjoy some footage that we’ve added below showing amateur Father.IO gameplay as well as the official preview trailer.

Are you playing Father.IO right now? If so, leave your thoughts on your impressions of the game and more importantly, tell us how the servers are holding up when it comes to getting into a game with other people in real life.