The world is eagerly awaiting the iOS 9 release time on Wednesday September 16, which is due at any minute now. Naturally though, we know that many of you will also be looking to download iOS 9 to iOS 8.4.1 and are asking if it is possible to do it.

Some users have already asked for downgrade methods on Apple’s forums after using the iOS 9 public beta, but it looks like this isn’t possible without losing your data.

Once Apple rolls out the iOS 9 download, you may want to take a look at this thread for potential options on getting yourself back on iOS 8.4.1 for whatever reason. 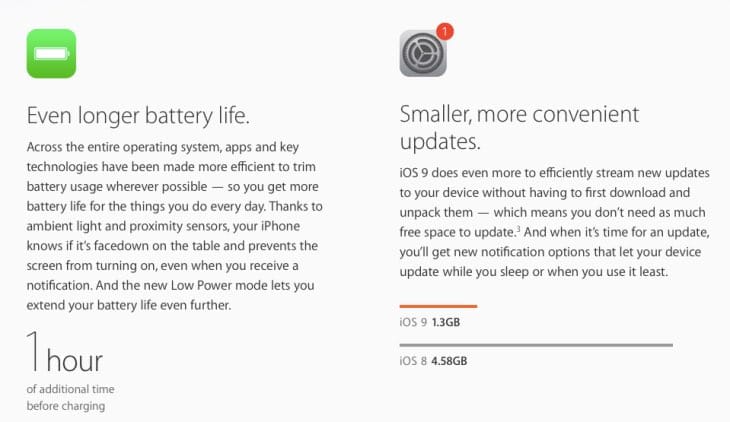 Apple are promising a 1 hour increase to battery life with iOS 9, while Apple Metal within iOS 9 will also offer an overall app performance boost too.

These are the two key areas of the new software for many users and if there does happen to be any iOS 9 battery life issues – some may want to go back to a previous version with a downgrade iOS 9 to iOS 8.4.1 with data.

The steps are not official though, so you always take the risk when trying to perform a downgrade successfully.

Let us know if you have been looking to downgrade iOS 9 to an earlier version after already trying the public beta.