If you have already installed the latest MKX patch, you’ll know that NetherRealm added some exciting new content for Scorpion – notably the ability to unlock Scorpion’s Toasty Fatality in Mortal Kombat X.

The Toasty finisher has been Scorpion’s trademark move in the series and it is coming soon to MKX as part of the MKX Klassic Fatalities pack, which features four old school fatalities for Scorpion, Johnny Cage, Sonya Blade and Sub Zero.

Now, we bet most of you are wondering how to do Scorpion’s toasty fatality in MKX on PS4 and Xbox One. Right now, this new finisher appears on the move list but it is locked away and can’t be used.

We don’t know if this means that the content will be free with the Predator release, or if NetherRealm will be wanting players to pay an additional fee for the four fatalities. 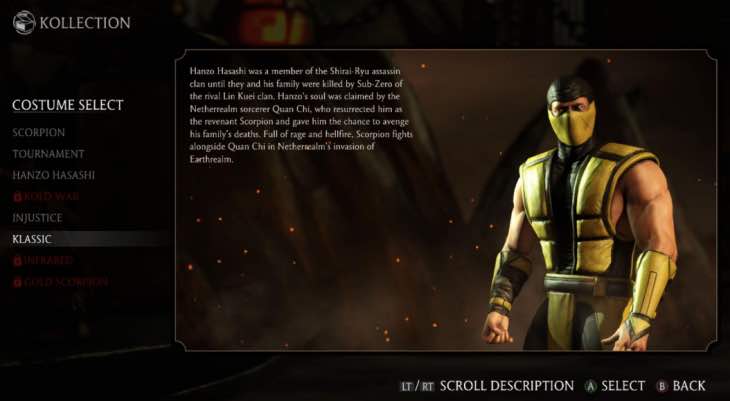 As we wait for NetherRealm to announce the details on this officially, in the meantime you can head into game and select the free Klassic Scorpion skin in MKX which is now live with the patch and available for everyone.

Update: The fatality is now live in-game and here’s how to do Scorpion’s Toasty fatality on Xbox One and PS4.