If you still didn’t know, you can actually use Blanche to perform two nasty stage brutalities in the game. Most of you probably already know the first one where Blanche explodes after being tossed into an opponent.

However the second one is brand new and was recently added into the game by NetherRealm in the latest patch update. As a result, we can now help you out for those specifically asking how to do the Blanche stage Brutality 2 in Mortal Kombat X. 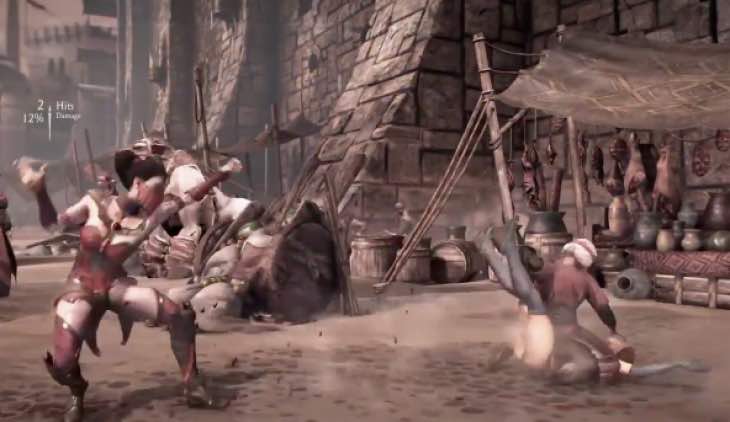 It’s actually quite simple too. All you need to do is activate all of the stage interactions using R1 and R2 plus one bar of power in the round. Then when you are in Brutality territory, activate the last interaction then hold down whilst doing so.

If done correctly, Blanche will launch towards the opponent and instead of exploding she will punch them to death and make some very disturbing sounds as she does so.

Remember, this won’t work unless you hold down so that’s the key factor here. Try it out now and let us know how you get on. Blanche is becoming a cult-hero in the game and we just hope that more Stage Brutalities in Mortal Kombat X are on the way.

Have you performed this with Blanche this week?