As we told you earlier, when Tremor arrives in Mortal Kombat as the last character from the Kombat Pack, it should also give players a new klassic fatality pack.

Now, we show you how to do Jax’s Arm Rip fatality in MKX on PS4 and Xbox One, as this classic finisher is going to be one of the four included in the Mortal Kombat X Klassic Fatality Pack 2. 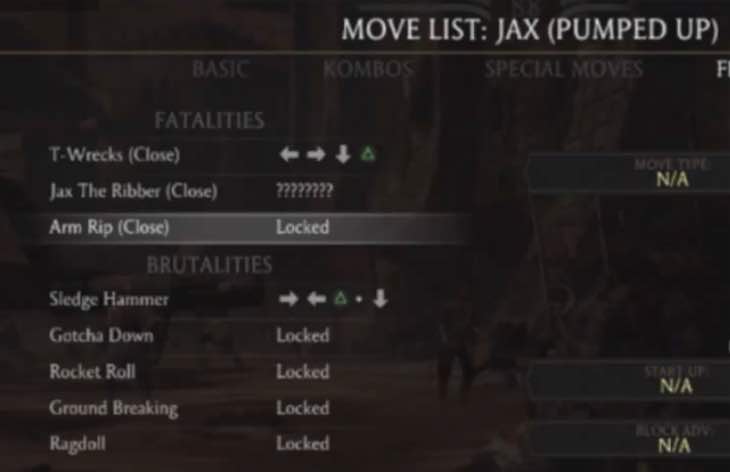 Thanks to the first fatality pack though, we now know that NetherRealm has kept the original button combinations in tact. This means that the buttons from MK2 should apply to MKX as well, so with that in mind here’s how to do it.

On PS4, go to sweep distance and press Block, Block, Block, Block, Square. On Xbox One, do the same but press X. If we’ve got this wrong we will correct once the fatality is live but that should be the commands above.

So there we have it, are you looking forward to using Jax’s most famous fatality in Mortal Kombat? We remember it being difficult to pull off too on Mortal Kombat 2, but let’s hope that it’s a lot more straight forward on MKX – we can’t wait to see it in HD!