In 2008 China opened its first Apple Inc. store. They now have a store in four different locations across the country, two in Shanghai and two in Beijing, each getting around 40,000 customer visits per day. This year Apple plan on opening another 20 stores in China and Hong Kong will get their first.

The city’s first outlet will be a 15,000 square foot located in Central at the IFC Mall. Apple also plan on opening a second store in Hong Kong which they are hoping will be opened by the third quarter of next year. This one will be bigger at 20,000 square foot, situated at Causeway Beach in Hysan Place.

The stores will together cost no less than $40 million. According to Tuaw, Apple will spend $9.2 million on rent a year and approximately $20 million to construct the store in the IFC Mall. This is having already gained the retail space on a 10 year lease. The stores are designed similar to the ones in other high profile cities Paris and London. 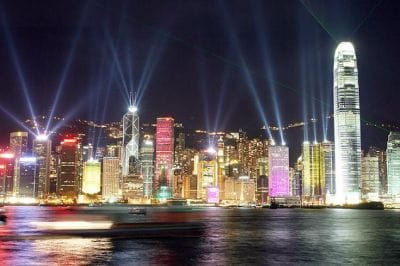 Apple currently have 323 stores around the world and with such traffic at the China ones, four times what the average store in the U.S gets, Macnn say they are top of the list for sales per store.

What do you think of Apple’s expansion? Do you think the money being spent on the stores in china could be put to better use for Apple? Let us know your thoughts.