Two vehicles that look set to prove very popular in India next year are the 2016 Honda Pilot and the new Toyota Fortuner. We already know what the new Pilot looks like, but we have yet to get an official look at the new Fortuner. However, we have come across a video below for a visual comparison of these two crossovers, although not sure how on the money those designs are.

However, a new image has leaked today showing off the next generation Toyota Fortuner, or so we are led to believe. There has already been a front shot of the upcoming vehicle, and so consumers looking forward to this new model will now welcome a side view of its exterior design. 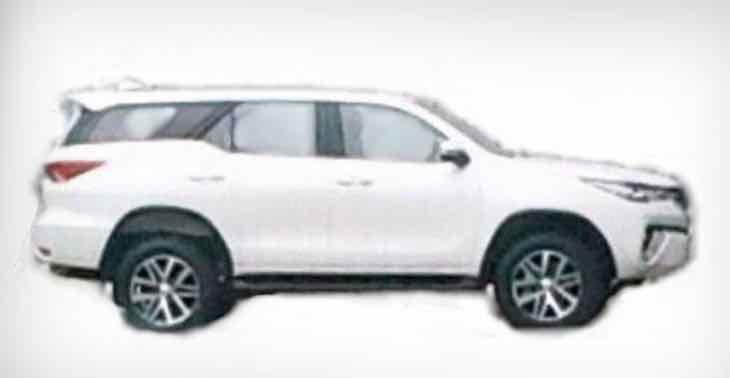 You can take a look at the latest 2016 Toyota Fortuner spy image here, and then compare it to the video below. This way you can build a better picture of how you believe it will compare to the 2016 Honda Pilot.

Seeing as though we already have seen several Honda Pilot reviews, and the industry has warmed to its new design tweaks, improved handling and increased handling, the next Fortuner truly has its work cut out. We just cannot wait to see it finally revealed at the 2016 Delhi Auto Expo, and so for now we will just have to make do with this spy shot.