Honda announced that the Honda Element is to be discontinued after the 2011 model, this SUV promised so much but has come under intense pressure from not only rivals but the CR-V as well. So where has it gone wrong for this boxy utility vehicle?

Owners of the Element consisted mainly of those with dogs or bicycle enthusiasts; well that’s how Jerry Hirsch from LA Times put it. The reason for this is because of the huge rear space that the SUV offers; not having to remove a wheel from the bike was certainly a plus for the vehicle. 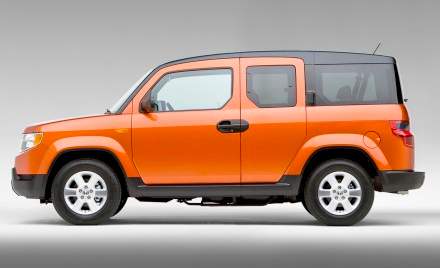 When the Element was first released there was a sales explosion, but things have gone downhill since then. Honda said that sales peaked in 2003, selling more than 84,000 units; Hirsch says that that was almost 10% of all SUV sales.

Dan Gearino from The Columbus Dispatch said that once the plant stops making the Element they will be able to concentrate more on the ever-popular CR-V crossover. Will you be sad to see the Honda Element go, or should it have been discontinued a while ago?