Honda first brought us the Gold Wing back in 1974 with a 1000cc model. Over the years the engine size grew until they gave us the GL 1800 back in 2001. Now Honda has announced the 2012 Gold Wing which will be the first to come from the new factory in Japan.

An article over at autoevolution is reporting that the new model is set to go on sale in the US in May 2011. Some of the new features found on the new model include an updated GPS navigation system.

It comes with a more user-friendly interface, and can be accessed online for sharing favorite routes with other like minded riders. The European market should get the new model by the end of this year.

There is now a built-in iPod/MP3 interface for the new SRS CS Auto technology surround-sound system. Increased weather protection and more luggage space are also new features for the Gold Wing. You will have four different paint finishes to choose from which include black, candy red, metallic blue and pearl white. 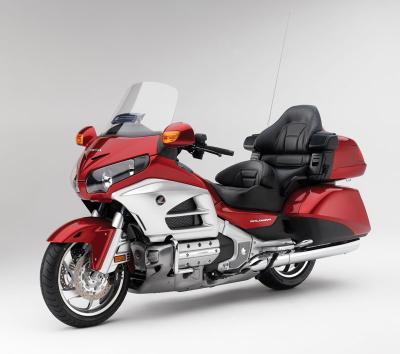 Bikeland are reporting that the new Honda will cost between $23,199 and $28,499, and can be seen by the public for the first time at the International Motorcycle Show in Greenville, South Carolina between February 25 and 27. Next month from the 5th to the 12th it can also be seen at the Daytona Bike Week in Daytona Beach, Florida. Check out the many images over at Bikeland.