The official launch date for Kaos Studios and THQ’s much anticipated Homefront video game is less than a month away now, and no doubt the excitement is starting to build amongst fans. Now it appears that two new gameplay videos have surfaced online, which are sure to build the hype even more.

As Tom Pakinkis over on the computerandvideogames.com website recently reported, the two videos show us all the usual hallmarks of a first-person shooter, while the second trailer — entitled “Betrayal” – features a bit of the old slow-motion stabbing action. I have to say, both videos look pretty awesome.

The Homefront video game is set in a near future America in the year 2027, and is based around a Korean invasion of the United States. The game puts players into the shoes of an American resistance fighter, although they do have the option of joining the opposing force in multiplayer matches. 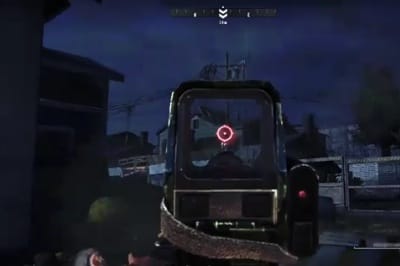 We’ve already brought you previous information about a special Collector’s Edition that was made available to those of you that live in Australia, but now we have details on the pre-order bonuses available from stores such as Best Buy, Amazon and GameStop.

According to a Adam Larck at 411mania.com, those who pre-order the game from Best Buy will receive either a PlayStation 3 or Xbox 360 Homefront headset. Meanwhile, pre-ordering the game at GameStop will bring you a SCAR L, auto repair ability, air recon drone and the 870 Express Shotgun.

Pre-ordering the game from Amazon on the other hand will bring you a digital mini-guide, a $10 credit for a future title and some avatar outfits for the PS3 / Xbox 360. Have you pre-ordered a copy of the game yet? If not, does any of these pre-order bonuses interest you? You can view the trailers below this post.