If you live in Australia and you’re waiting to pick up a copy of the upcoming Homefront game, I think we have news that could be of interest to you. EB Games in Australia has just posted details of a Collector’s Edition of THQ’s first-person shooter.

According to a recent article by Joe Anderson over at vg247.com, the Collector’s Edition — which is said to be exclusive to EB Games — includes a Multiplayer Unlock Pack, Concept Art Card, Shotgun DLC, a Cloth Patch and a Propaganda Booklet.

There isn’t any word at this stage, whether or not Europe or the US will be getting this Collector’s Edition or one that’s very similar. Homefront will be released on March 10th in Australia, and will be available for the PlayStation 3, Xbox 360 and PC. 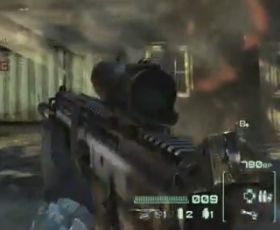 U.S. gamers can expect the game to arrive in stores on March 8th, while UK gamers can pick up their copy as from March 11th. THQ has recently released more information on the PC version of Homefront, including both the minimum and recommended specs.

You can read more about the required PC specs and features in a recent article by Tom Orry over at videogamer.com.