Following on from the official announcement of the next game in the popular Hitman franchise, titled Hitman Absolution, we now have some exciting images to show you which possibly reveal the final box art for the Xbox 360, PS3 and PC versions of the game.

The next game will actually be the fifth Hitman game to date in the series and it will be developed by IO Interactive and published by Square-Enix, since they have now acquired Eidos if you remember. Back to the topic though, as you can view a few images which have been provided by Kotaku and appear to show some candidates for the final box art for Hitman: Absolution – we’ve included one below for you. 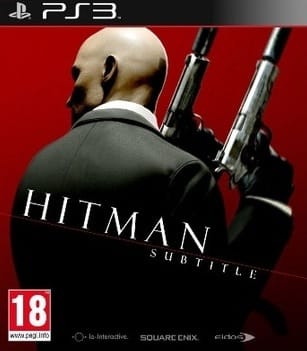 According to Kotaku, these images are linked to a marketing survey, and interestingly they all contain the words ‘Hitman: Subtitle’ in them. However, we now know the game will be called Absolution so perhaps these images are a little outdated.

As for the images themselves, we like the one you can see above the most. There’s obviously a good chance that these are just mock-up designs, but we definitely wouldn’t complain if the above image turned out to be the final retail box. What do you think of the box art – are you a true fan of the franchise?