When a new game is expected it is often surrounded by a number of rumor and speculative guesses as to when the game will actually release. In the meantime screenshots and trailers are sought after and sometimes leaked.

The last three weeks have provided members of the Hitman Forum website with a trail of clues that have led to the discovery of the first official screenshot of the anticipated Hitman 5. The Hitman ARG also revealed clues that we will be finding out more information about the game at this year’s E3 which will occur in the summer.

The clues that the users had to figure out were as follows. The first clue was found on 14th of February. It revealed an apparently accidental discovery on a film festival catalogue by Acid Burn. The next clue was found February 25th. It was a message responding to an information request that revealed a possible date, game scripts and an incomplete Toronto phone number.

The next two clues included images, the first discovered on the March 3rd revealed the same incomplete number, coordinates and artworks. The second clue revealed a barcode confirming E3 speculation.

To see more details about the clues read the full article at Save & Quit where you will find an enlarged image of the first screenshot as well as a link to the Hitman Forum. What do you think of the image? Are you looking forward to a new Hitman game? Let us know in the comments below. 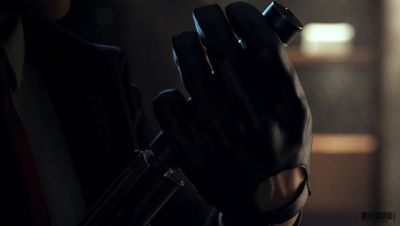