All the excitement right now is about the potential Gonzalo Higuain to Liverpool FC transfer. Social media is going crazy at the moment and now we give FIFA fans a lovely glimpse into the future on how he could look in a LFC shirt.

We also wanted to talk about the fact that if Higuain to Liverpool happens, we could be seeing Liverpool’s highest rated player on EA’s upcoming game.

Higuain shipped with an 84 rating on FIFA 16 but was upgraded to an 86. He has since had an unbelievable season at Napoli and has gone all the way up to a 95 rating thanks to featuring in the Serie A TOTS.

That means EA are highly likely to give the player another upgrade for FIFA 17 ratings and we have a feeling that he will either be a 85 or an 86 rated player once the game ships. 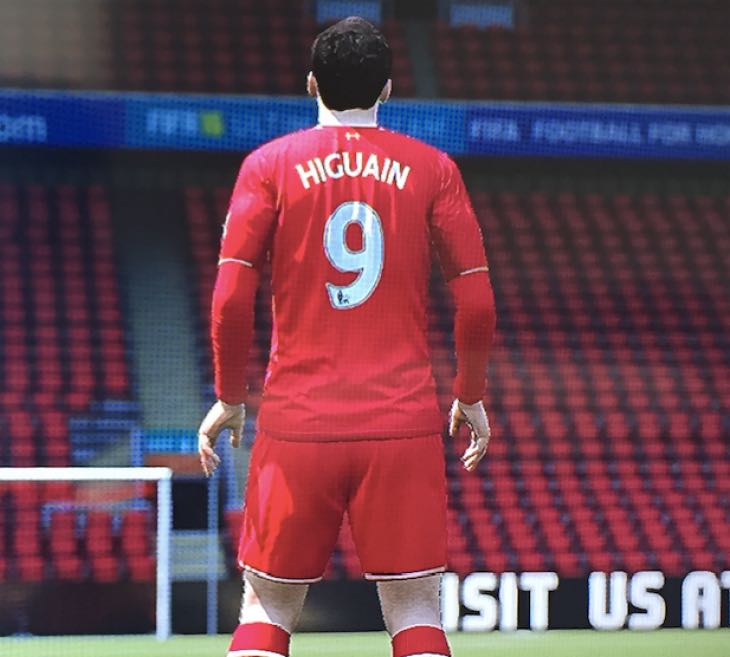 Given that Coutinho is Liverpool’s highest rated player at the moment with an 84 and is unlikely to get an upgrade for FIFA 17, Higuian could be the highest player should he make the move to Anfield.

Enjoy our images here which give you an idea of what the hitman could look like in a Liverpool shirt. If you enjoy this insight on the current Liverpool FC transfer news, leave a comment below with your thoughts on Higuain – do Liverpool really need another striker?