Apple released iOS 8 to the public last Wednesday and since then has had a mixed response from users who downloaded the new software. We know that the iPhone 4S has had problems with iOS 8 lagging, which we will discuss at a later date. There are always teething troubles when a new version of a mobile OS is released, and even though it should not happen, it is something that we have come to live with. For those of you who have not had any issues, then we bet you have been doing some exploring to find some of those hidden iOS 8 features on the iPad Air and mini.

We know there are hidden features for the iPhone 4S, 5, 5S, 6 and 6 Plus, but we would rather concentrate on those that allow the iPad Air and mini to work a whole lot better, so nothing to do with cellular whatsoever.

Many of the features are rather obvious, although there are a few that are hidden a little deeper, and so takes some digging beneath the surface. Many of them may not be major feature improvements, but collectively iOS 8 makes for a pretty decent update – once the bugs have been ironed out that is. 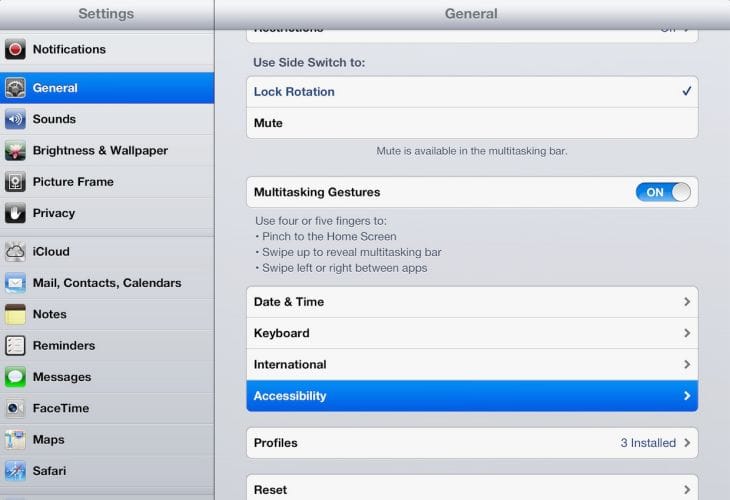 Best hidden features within iOS 8 – One feature that Apple kept quite is battery usage, which is in Settings, General, Usage and Battery Usage. What we like about this feature is how you can keep track of the apps and features that have been hogging the most power, and then take steps to try and improve, such as learning what apps are running in the background when they don’t really need to.

Hey Siri is another feature that some of you may have forgotten about. Like Google Now, you can now speak to activate Siri without the need to even press the Home button. This feature is switched off by default, although can only be used while plugged into a power outlet, which we find very strange.

App Suggestions Based On Location is another of those features that Apple never told us too much about. If you have this feature switched on the App Store will be able to find apps based on your location. You can find this in General and then Handoff and Suggested Apps, although this will cause your battery to drain a little quicker, which not to much of an issue for iPad users.

More people are using iPads to take photos, but there are occasions when their friends look through your photos, only to come across an image they were not meant to see. The Hide Images in Photos app feature means you can now press and hold on an image, and then select Hide and these will now be hidden from prying eyes. What would have made this feature better is if Apple would have put a password protection on the Hidden folder.

One other hidden gem that you may find of interest is Panorama has now come to the iPad, which means you will now be able to take fantastic 360 degrees images.

These are just a handful of the hidden features within iOS for the iPad Air and mini, but what else have you come across?