We have some great news now for those of you who own a copy of the Hearts of Iron III game, as the developer Paradox Interactive has just announced that a new expansion entitled “For the Motherland” is on its way for the popular WWII grand strategy title.

Although we haven’t got a specific release date for the said expansion yet, Rashid Sayed over on the gamingbolt.com website reports that it will be sometime in the second quarter. Paradox Interactive has also released a video interview, which provides a few more details.

The Hearts of Iron III game — which takes players on a journey through World War II and allows them to take control of any one of 100 nations — has been described as the most detailed depiction of the Second World War that’s ever been created. 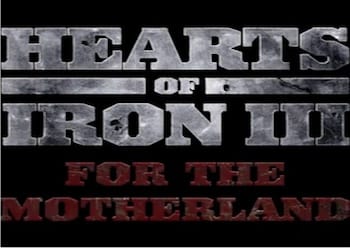 According to Rainier from worthplaying.com, the new features in the “For the Motherland” expansion include a new coup system, improved internal politics, a new Theatre Interface that gives greater strategic information and a brand new Partisan System.

You can view screenshots of the new Hearts of Iron III expansion via the worthplaying.com website, and view the announcement video below this post.

Hearts of Iron III: For the MotherlandMac OS XMicrosoft Windows