There has been some exciting changes to Hearthstone with patch 3.0. Specifically, players now have an extra incentive for ranked play, as Blizzard as added some exciting Ranked bonus chests in Hearthstone.

From now on, you can open these chests at the end of ranked seasons and opening a ranked chest in Hearthstone could bring big rewards.

We can bring you a preview of this, with a clip we’ve found showing the new ranked bonus chest opening animation after Hearthstone patch 3.0. 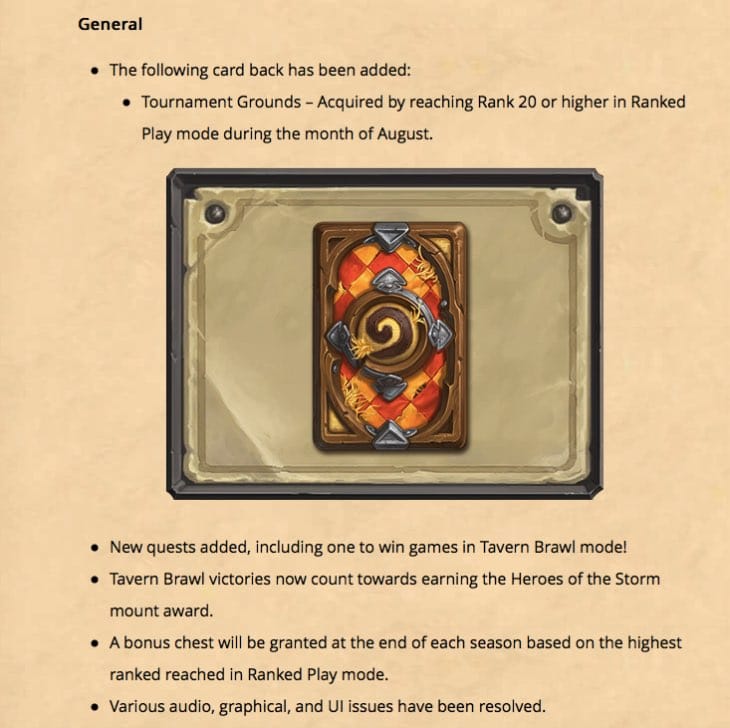 We also have the full Hearthstone patch 3.0 notes as you can see above showing the other changes that have arrived. They include new quests, along with the new Hearthstone Tournament Grounds back which you can get by reaching rank 20 or higher in ranked play throughout August. 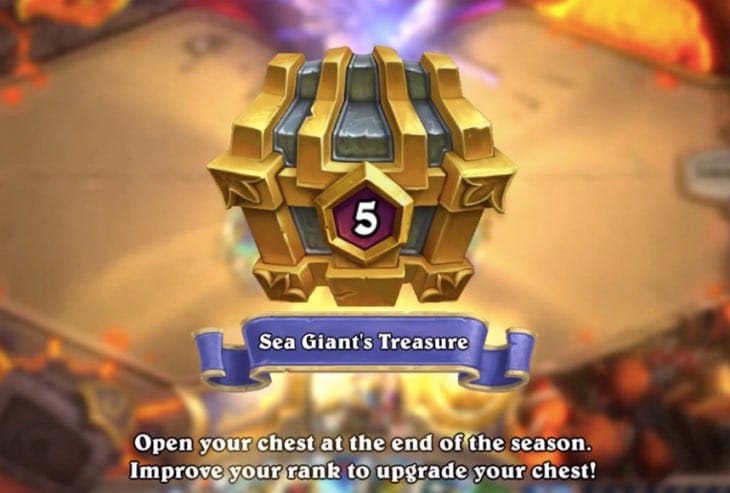 Ultimately, this patch is the stepping stone to the next Hearthstone update which will bring the highly anticipated Grand Tournament to players.

Read through the patch notes, enjoy the clip below and give us your thoughts on the Hearthstone bonus chest feature.