While we witnessed many exciting announcements at E3 2014, one announcement that didn’t happen but was expected from many fans was a Hearthstone for iPhone and Android release.

Unfortunately though, it looks like Blizzard needs more time to deliver their popular card game to these platforms as for the moment it still remains only on iPad, PC and Mac.

As the wait goes on, we have seen temptation go into overdrive as some users have been willing to switch to alternative methods in order to get Hearthstone working on iPhone.

One video which we have spotted below shows how those on a jailbroken iPhone can get Hearthstone running on iPhone in just six minutes, but obviously we can’t recommend using this if you don’t know what you are doing. 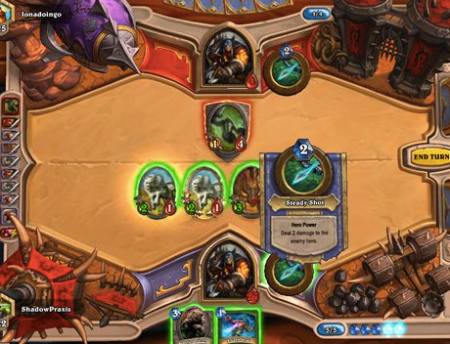 As far as we’re aware, this tricky method is still for iPhone only as it looks like getting Hearthstone installed on Android is proving to be a difficult task for some. Let’s hope that Blizzard will see the demand and the fact that users are turning to unofficial installs and speed up their official release.

Can you admit to looking at trying to get Hearthstone installed on iPhone and Android unofficially due to the lack of silence from Blizzard? We’re still confident that a release will happen before the end of the year – probably after Hearthstone Curse of Naxxramas is launched this Summer.