We are now coming to the end of the first week in 2015 and for many Hearthstone players, it continues to be a frustrating experience with next to no information regarding the delayed Hearthstone iPhone and Android release date.

Blizzard has not said a word other than the fact that Hearthstone on mobile had been delayed until ‘Early 2015’. Now we are obviously in that timeframe and this week we have seen a lot of movement on social media from fans who are wondering if Blizzard is ready to release in January.

We have seen these kinds of delay tactics from Blizzard before, but then again we also have to commend the fact that they want to do a proper job and take as long as necessary to deliver the full experience optimised for the smaller display screen – rather than rush out a lazy mobile cash grab. 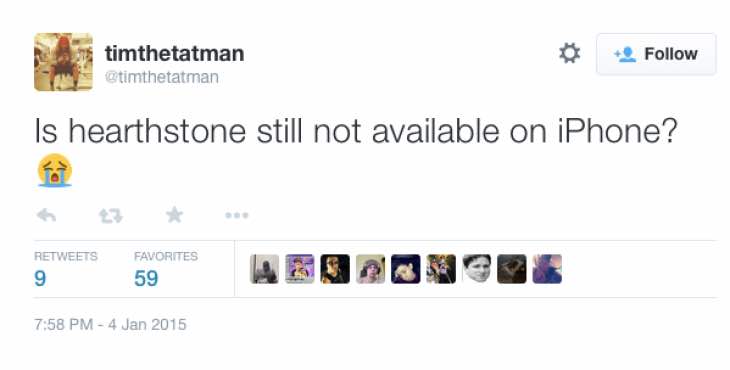 We also seen countless examples of games that have been released too early and end up getting annihilated by critics and buyers as a result. Diablo 3 Ultimate Edition on console was a great example of Blizzard taking their time and completely reinventing the user interface compared to on PC to make sure it was done right.

Blizzard will be making sure that they follow the same strict criteria, so we can understand why it is taking so long in that regard. At least the positive factor to think about, is that the Android tablet version is now finished, so really there can be no other main project to work on other than the mobile version.

Are you still holding on for a Hearthstone version on your Android or iPhone? We’ve even seen some eager gamers say that they are willing to buy a new iPhone, just to play Hearthstone on it!

How long are you willing to wait?