Hearthstone Curse of Naxxramas Plague Quarter is now available in the US, which means that players will have new bosses to contend with. We have a quick heads-up now on the first new boss that you’ll encounter on this wing – Hearthstone Heroic Noth the Plaguebringer!

Blizzard are continuing to bring challenging bosses to their new expansion for Hearthstone and next up is Noth the Plaguebringer. The heroic mode of this boss will have 45 health compared to normal mode, while his abilities are going to be a lot more dangerous too.

Noth will utilize cards such as Necroknight, Plague and Skeletal Smith, the latter of which has the ability to destory a player’s weapons – so caution is obviously advised! 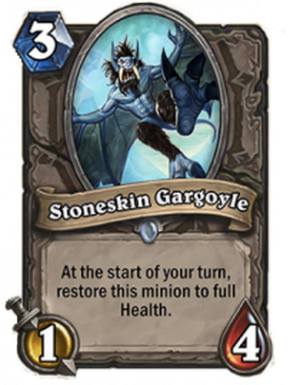 The Noth the Plaguebringer reward for beating this boss will be a brand new card to your collection, this being the Stoneskin Gargoyle card which is a restore minion health type.

Below we include a selection of videos which users have already uploaded after taking him on in Heroic mode. Take a look and then tell us your own personal strategy if you have already fought and beaten Noth.