Earlier this week we gave Hearthstone players a quick heads-up on how to take down Hearthstone’s Heroic boss Noth the Plaguebringer. Now, we can bring you some analysis on the second boss for Plague Quarter, as most of you will now be coming up against Hearthstone Heroic Heigan the Unclean.

Heigan is the second boss of Plague Quarter, which is the second wing for the Hearthstone Curse of Naxxramas which unlocked for players last week. Blizzard has been keeping players very busy indeed with fresh content, with each wing coming with new bosses to take on and rewards to win by going for Heroic mode.

Heigan the Unclean is a boss that comes with the Eruption hero power, which has the ability to deal 3 damage to the left-most enemy minion. As for cards, Heigan will utilize Deathcharger and a unique card called Mindpocalypse. 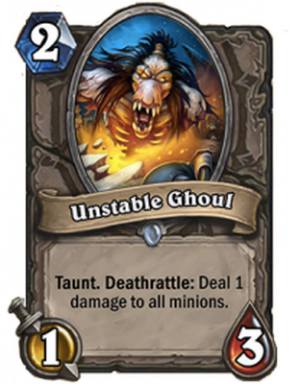 If you defeat Heigan the Unclean, the reward will be 2x Unstable Ghost cards, which is a Taunt: Deathrattle type card. As for strategies dealing with this boss, we have added a fantastic Hearthstone Heroic Heigfan the Unclean Priest deck guide below.

It comes from YouTuber SiKK who shows you the perfect way to take down Heigan using Priest cards. Obviously you may be using a different deck, but Priest seems to be a safe bet for the moment.

The question is, how did you beat Heigan the Unclean? Give us your best ideas below!