After a major push with the Samsung Galaxy S3 it seems there has been a revolt from some fans, and also those that never planned to buy the officially named Galaxy S III, but instead taunt those that did order. We’ve also seen a number of blogs compare the new Samsung phone to Apple’s unreleased iPhone, which is strange considering we know very little about the 6th generation iPhone.

There are plenty of reasons users are stating Galaxy S3 disappointment and these include 2GB of RAM rather than the 1GB offered, a Super AMOLED Plus HD rather than a 4.8-inch Super AMOLED HD, and 8MP rather than 12MP although camera pixels are more about quality than quantity.

Reasoning with Samsung Galaxy S3 haters — blogs are filled with potential Galaxy S3 buyers arguing with each other over the success of a phone that has not had time to prove itself, and those articles that compare the device to an unnamed “next iPhone” are being titled “iPhone propaganda“. It’s fair to say that Samsung is Apple’s biggest competitor and the next iPhone will need to deliver something special, especially for all those that felt the 4S lacked in changes to hardware and design. 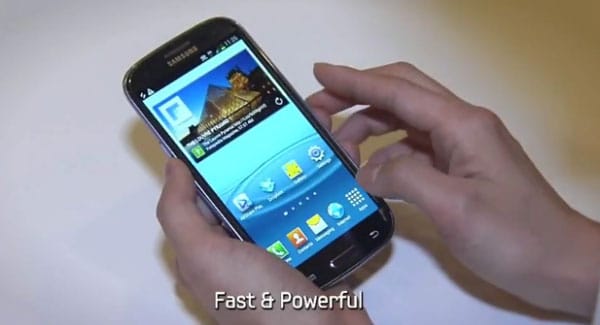 The Galaxy S2 successor had a lot to live up to and this alone would be a major challenge for Samsung, although the list of reasons why it failed seems to be growing daily when we look at the majority of tech websites. While some people say fans are just blowing hot air, others have issues on their list that include a “plasticky” build quality, which has fans divided with those that see casing as a “non issue” and those that feel “Aesthetics always play their part in premium handsets“.

We find it hard to believe when haters state “Samsung is trying to cater to the Apple crowd” with features like S-Voice in response to Apple’s Siri, although this could be seen as a novelty feature and not one of the major faults being claimed with Samsung’s Galaxy S3.

Do you feel the Samsung Galaxy S3 failed to live up to expectations, or is this just hot air from those that never intended to buy the new flagship phone? You can see a preview of the Galaxy S3 in a video here via our earlier article.