The votes have been counted and we can confirm that new Liverpool FC captain Jordan Henderson will join Lionel Messi on the FIFA 16 UK cover.

Liverpool fans have naturally been overjoyed with the news since it’s the first Liverpool player to ever feature on the cover of a FIFA game – not even Steven Gerrard had that honor.

Despite that, there has been a reminder of the immature behaviour of some individuals who take to Twitter on a daily basis and are now saying that they will boycott FIFA 16 completely – just because Henderson is on the front. 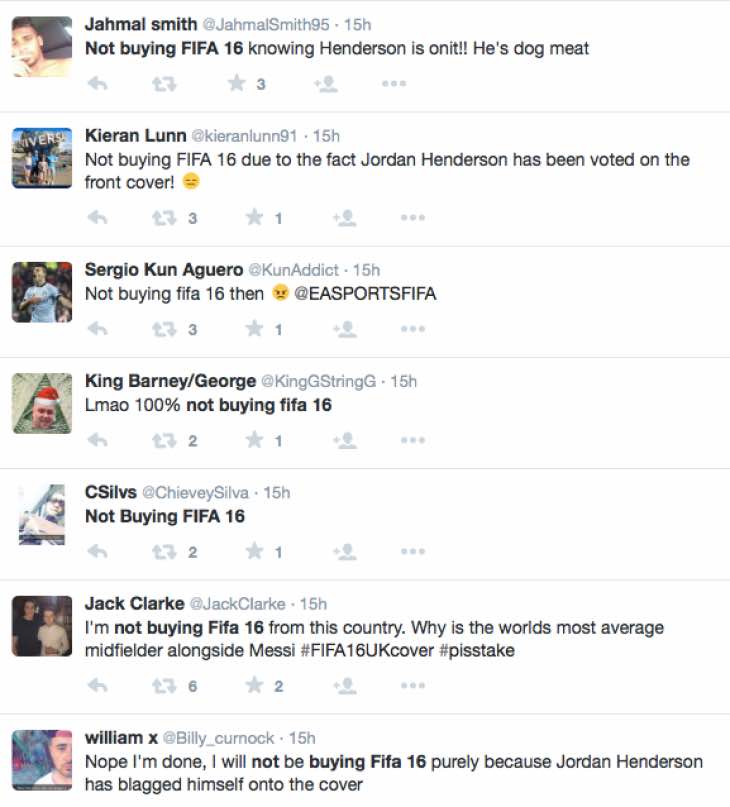 Although FIFA 16 is just a game, some users have taken personal offence by the decision and are planning to send a message to EA that they won’t support the game.

Whether this is just classic internet trolling by UK youths, the same group of people that hurl abuse on every EASportsFIFA Tweet made – remains to be seen.

It seems rather ridiculous that some would be willing to miss out on what is otherwise going to be an amazing purchase, just because Courtois, Aguero or Kane wasn’t chosen.

Henderson has silenced his doubters in recent years though, so we have a feeling that the mixed reaction is unlikely to phase him – this is only a minority group remember.

What is your reaction to the fact that Henderson will become the first Liverpool player on a FIFA cover based on a public vote – are you happy about it as a general football fan or not?