Everyone is still going mad for Hatchimals and particularly one product more than anything else, as it seems as the Hatchimals Colleggtibles Hatchery Nursery playset is proving to be biggest in demand among US and UK retailers.

We have been keeping track of this item, but unfortunately it seems that most of the big retailers are completely out of stock and it has resulted in Hatchimals Colleggtibles Nursery playsets selling for higher than the usual retail price on places such as Amazon Marketplace and Ebay.

The good news though is that for USA shoppers at least, Walmart is now back in stock of Hatchimals Colleggtibles nursery and you can order one right now for $24.97. 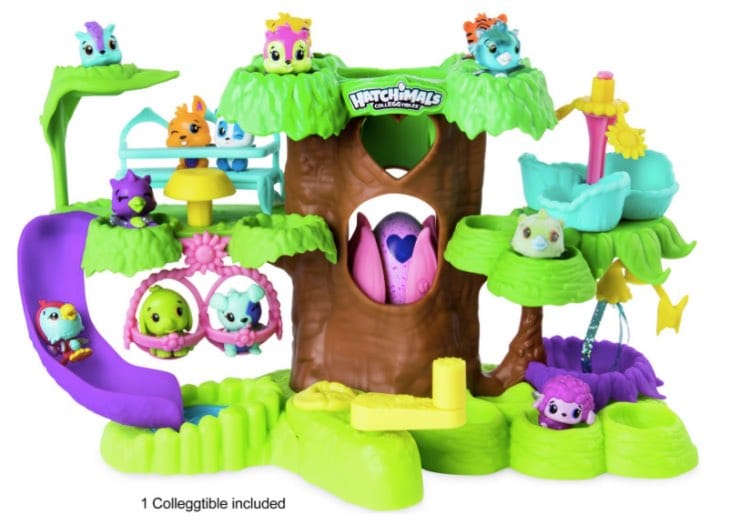 Over in the UK though, it is a different story completely. Tesco are out of stock for the Hatchimals Colleggtibles Nursery playset, Amazon UK are also out of stock but have notified shoppers that stock will return on December 1, 2017.

Popular toys supplier Smyths are also out of stock and it’s the same situation for Argos so UK shoppers will be very frustrated at the moment.

One thing we will say though, is that Target now ship to the UK so if the stock situation in the UK continues to be terrible you may want to consider importing to get your hands on the toy that way.

Let us know how you are getting on with finding stock right now. Anyone managed to order one this week?