What do we have here then. After informing you about the Skyrim map being revealed for the game, something far more worthwhile has come to fruition for Skyrim fans. The game’s official manual has seemingly leaked, but will you dare to take a look or wait until the game is out?

During the time in which the Skyrim map was revealed on the internet, we suggested that it could be due to the game being leaked weeks before Bethesda’s intended release date of 11.11.11. We have since learned that the limited edition map was actually handed out to gamers during a Skyrim event in Russia, but we are now scratching our heads on finding out an explanation on how someone has managed to get their hands on the manual for the game.

Obviously we won’t post the images here since Bethesda are not going to be too happy about this, but you can view to your hearts content over at GameInformer here if you’re interested. As you expect, the manual gives you a general introduction to the game beforehand, involving tips on magicka use, cooking, horse controls, using stamina effectively and so on.

If you delve deeper into the manual, you’ll also see a complete button layout as well for the Xbox 360 version of the game, which will come in handy if you want to know what the basic controls will be prior to release.

We’re not going to jump the gun and say the game has been leaked exactly one month before release, but we doubt that attendees at the Russian event were handed official Skyrim manuals along with their maps. Someone seemingly has a copy of the game and it may not be long until he or she decides to upload some footage. If you have already had a cheeky peek at the manual, let us know what you think of it and your opinions on the game being possibly leaked. 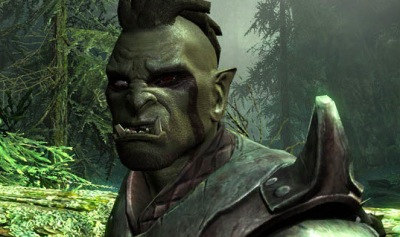 [Who dares leak the manual?]