Tottenham fans can’t stop talking about Harry Kane at the moment and now we can see that his recent performances have attracted the attention of EA too.

The developer has now unveiled their latest Team of the Week squad and Harry Kane has made the lineup once again. It means that since FIFA 15 launched, Kane has received two in-form cards which is not an easy thing to do.

As a result, you can now find a new Harry Kane card in FIFA 15 FUT packs with a higher rating of 74. Let’s not forget that this is a player that originally shipped with a 68 card, so there has been some massive improvement in his stats and we still have three months of football left. 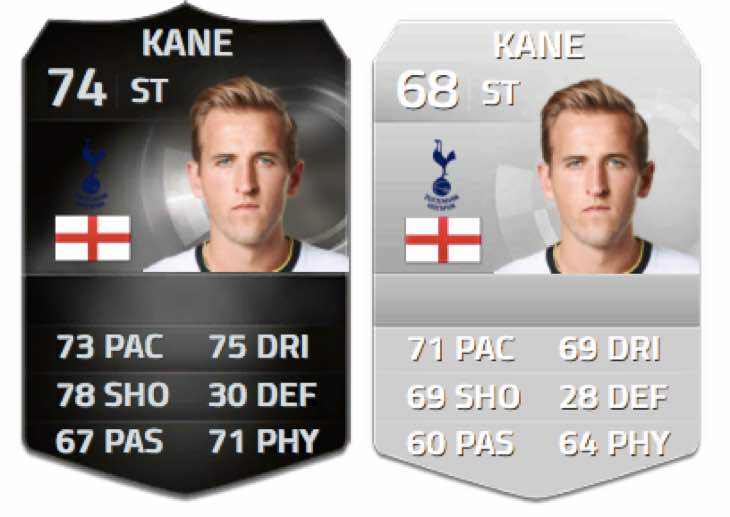 To give you an idea of the new stats and how they compare, we’ve included a useful comparison showing the new Harry Kane TOTW 74 card, matched up against the default 68 stats.

The question is, can Harry Kane earn himself a third in-form card before the season ends – has any other FIFA 15 player even achieved this yet?

Let us know your thoughts on the new TOTW and whether you think Kane’s new stats are well deserved.