Back in December last year we brought you details on both the Kollector’s Edition and Tournament Edition of the highly anticipated Mortal Kombat game. If you read our previous article, you will know that the Tournament Edition includes an arcade-style fight stick.

Sid Shuman over on the blog.us.playstation.com website had a chance to spend some hands-on time with the Mortal Kombat game and the PS3 fight stick recently, and he’s kindly provided a review so we know exactly what to expect.

Not only does the unit — which connects to the console via a USB cable — feature a sliding metal latch that enables the top to be flipped open, but it also features a thick memory foam pad underneath that allows gamers to use it on their knees comfortably.

The Mortal Kombat fight stick also features concave buttons and a baseball bat-shaped joystick. As Sid notes, the American-style stick appears to have a tighter and springier feel to it compared to the looser action of the ball-topped Japanese style fight sticks that are available for the PS3.

Once he had the fight stick resting comfortably on his knees, Sid then tested out an updated version of the Mortal Kombat game. Included in the list of characters that Sid got to test out were Jax, Sektor and Cyrax, Kano and Baraka. He also got to try out the recently revealed “Challenge Tower.”

Would you consider buying the Mortal Kombat: Tournament Edition? 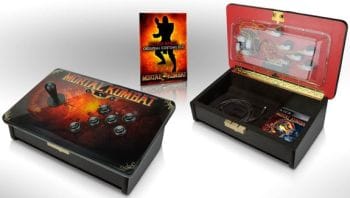 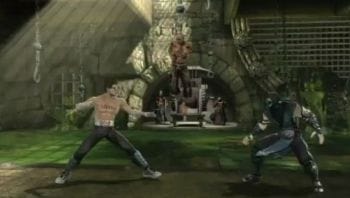