When we were informed that we would be given the Jabra CRUISER Bluetooth In-car Speakerphone to review, we were curious to see what improvements the company had made over its previous models. Early in the year we reviewed the Jabra SP200, but we are expecting so much more from the CRUISER. 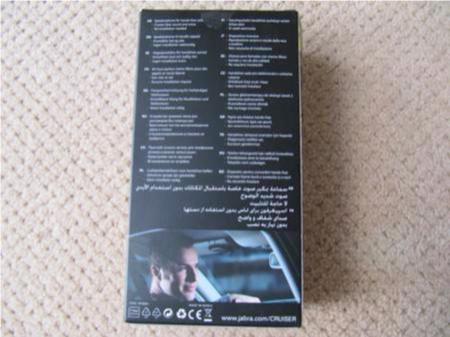 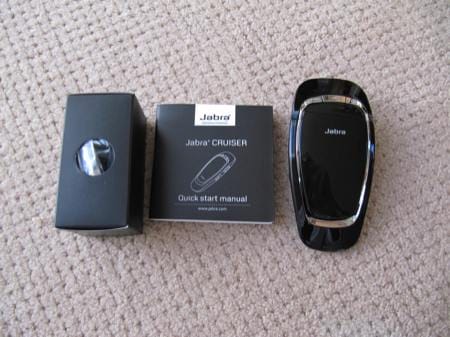 From the moment we removed the device from the Jiffy bag, we knew we were dealing with something with more quality than the previous in-car speakerphone. The design is sleek with its slim glossy black casing with little metallic flecks and a chrome ring around the top outer edge, this ads to a more premium look. 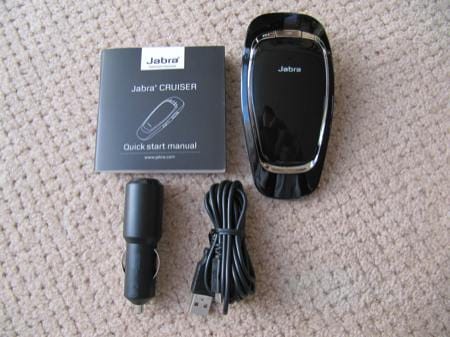 There are more controls on the CRUISER compared to other Jabra in-car speakerphones, on that chrome ring are play-pause, skip forward and back buttons, these are used when using the A2DP audio streaming. Above those buttons is one large button, this is used for answering and ending a call, along with your Bluetooth status. 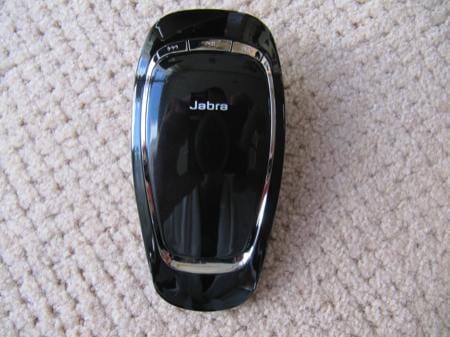 On one side of the device is a volume control; while on the other is that all-important FM switch. Another great feature is the inclusion of LED indicators to show battery life. 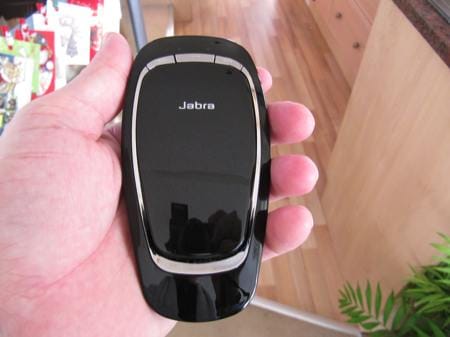 That is the design feature out of the way, so now onto the more practical side of things. Paring the CRUISER was a simple process; the cell phone that we were using was the Apple iPhone 3GS. We did not know how this would go, as the Jabra SP200 has trouble staying connected to this handset. 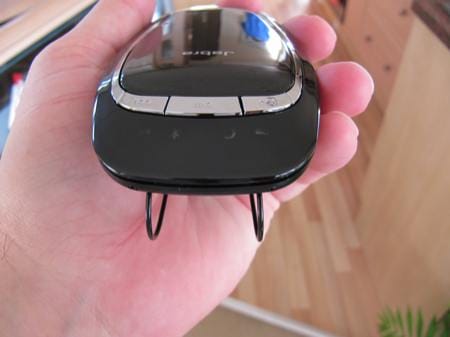 Paring took less than a minute to do, a voice announcement informed us when both devices were paired. As with other Jabra in-car speakerphones, the CRUISER has to be clipped onto the visor above your head using the clip provided. Make certain that you do not remove this, as it doubles as the FM antenna. 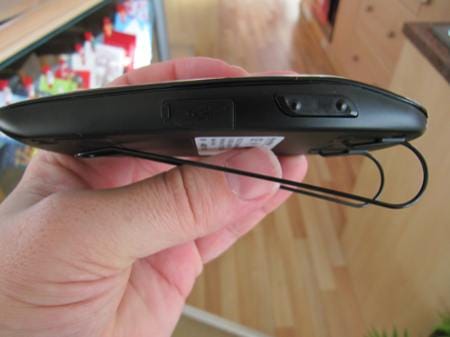 With everything now in place we sat in a car waiting for the test call to come in, the volume on the ringer is not bad, but could become a problem if traveling at high speed in a noisy vehicle. While talking through the Bluetooth speaker we found the volume to be slightly loud as it produced a high-pitched tone to the callers voice. The quality of the speaker is much better than the SP200, but not as solid as I had hoped. However, there is a way around this. You have the option to run the device through FM, so the callers voice can come from the cars speakers. 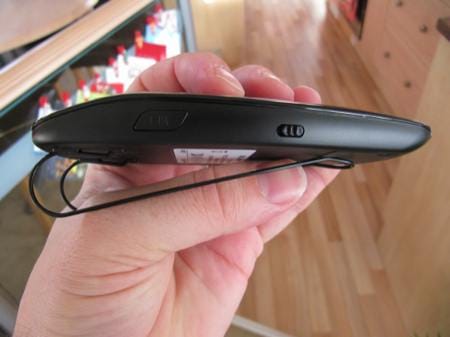 The next test would be to make a call from the in-car speakerphone. Now was the time to see how well the voice-activated calling works, this is done by keeping your finger pressed on the answer and end call button. You will hear a beep when you are ready to say the name that you wish to call. This is where we had problems, each time we did this; the iPhone 3GS comes up with a choice, Jabra CRUISER, handset or speakerphone. Now we are not sure about you, but this seems a bit pointless not to mention dangerous while driving. 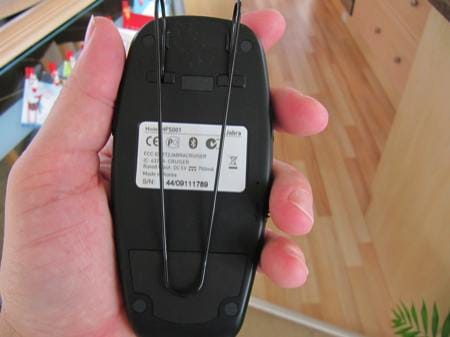 We thought we would try a second time, the device worked perfectly. This meant that you had to make your choice once so that the device could remember. However, things are never that simple, later we found that when we walked away from the car and then came back into range, things would go wrong again. 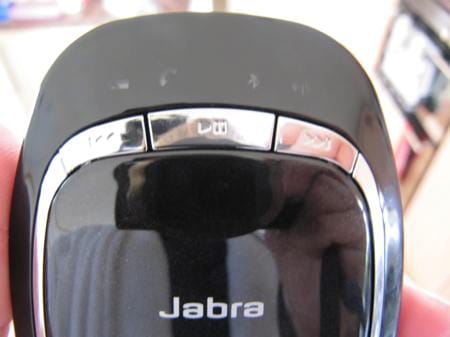 The first thing you have to do is hit the on button on the device so that both could pair again; we then had the trouble of making our choice before making that first call. We have tried a number of times to get around this, but with no luck. Maybe one of our readers would be able to offer us or other readers a tip.

The final test was to see how good the FM features was we have to warn you that this is not secure, so someone in another car near you on the same frequency will be able to hear your music and listen to your phone conversation.

Working the FM feature is very simple, just turn the FM switch on and you will be given an FM frequency for you to tune your car stereo to. As you would expect, the quality is not perfect and a bit dull, but sounds much better than the small speaker that comes built-in on the CRUISER.

To sum up, the Jabra CRUISER handles all of its functions well, but the in-built speaker is still like an annoying insect while in a call. However, the inclusion of FM certainly helps to counteract that. This device will certainly give other similar devices a run for their money.