Apple has always been known about being simplistic, although just recently it would seem that they have started to complicate matters with their current product lineup, with the MacBook range being a fine example.

Most of their product lineup is very good, although we cannot help think the MacBook lineup needs to be rationalized, and this is something that 9To5Mac have been looking at.

They have written an article that offers what they believe should be the new MacBook lineup for 2016, and there does seem to be one model missing from the range, and that is the MacBook Air. 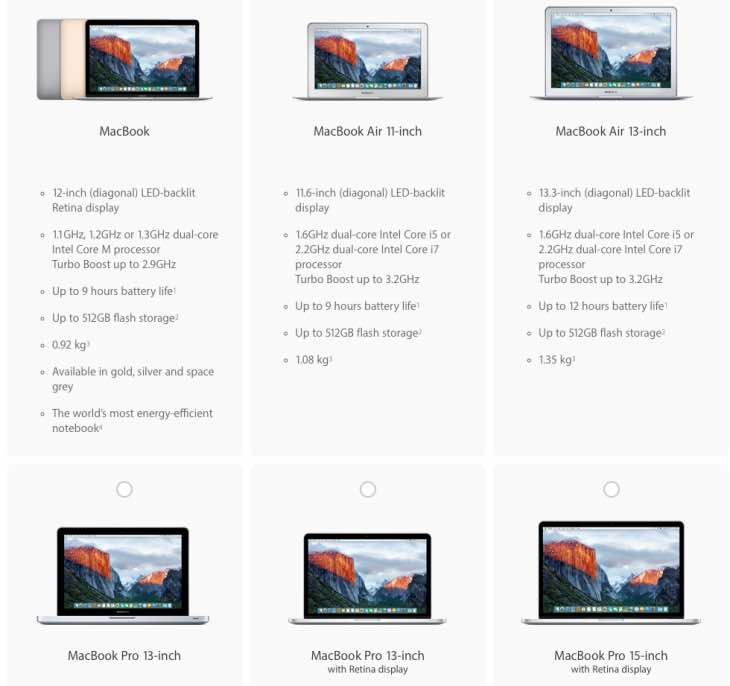 It’s interesting to read that the three-model lineup could just be a temporary one, and that Apple could just have the MacBook and MacBook Pro, and completely do away with the Air. We can understand why they would come up with this idea, although Apple would need to adjust the price seeing as though the Air is cheaper than the MacBook.

If the Air was to be discontinued, and Apple does not do anything about the price of the MacBook, then they could lose some loyal followers. This is because the Air is already expensive when compared to rival notebooks, and if you lose that model, then many people will be priced out of the market and will have to opt for a Windows alternative instead.