A couple of weeks ago we began hearing rumors about the possibility of a new map pack arriving for Bungie’s popular first-person shooter, Halo: Reach. Well it now turns out that the rumors were correct, and Xbox 360 gamers can look forward to it arriving soon.

According to Mark Fajardo over on the justpushstart.com website, Microsoft has recently confirmed that the new “Defiant Map Pack” will be arriving on March 15th. The upcoming DLC will feature three new maps: Unearthed, Highlands and Condemned.

As Mike Jackson at computerandvideogames.com recently noted, the “Defiant Map Pack” will be available to purchase for 800 Microsoft Points. As well as adding three new maps to the Halo: Reach game, the new DLC will also give players 150 new Achievement points to unlock. 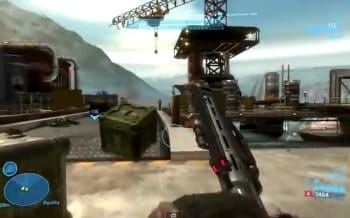 The “Unearthed” map takes place at a Titanium mine and refinery that’s located in the Viery civilian sector of the planet. This map enables up to 4 players to launch a counter-assault against the Covenant in Firefight modes such as Generator Defense.