Despite the fact that Halo Reach is not due out officially until Tuesday 14th September, a screenshot taken from the multiplayer servers has confirmed that there are already over 10,000 people playing the game.

If you head over to SarcasticGamer, you’ll see the screenshot which confirms the shocking statistic, a statistic which Microsoft are no doubt aware of. But how has this happened?

The majority of Xbox 360 owners have waited a long time for Halo Reach to arrive, but it looks as if some cannot wait longer than others. While some retailers might be to blame for leaking the game a little early, you have to wonder just how many Xbox 360 owners have a pirate version of the game.

You cannot put this stat down to review copies, or leaked copies from retailers, so the only viable reasoning behind this, is that most of these 10,000 gamers have an illegal copy.

While they might be getting an early thrill playing it before everyone else, they might not be too thrilled when they find out that Microsoft has issued them with a permanent ban from Xbox Live.

What are your thoughts on this? Do you know anyone who is playing this game early? If you haven’t read a review for the game yet, you can check out our review roundup here. 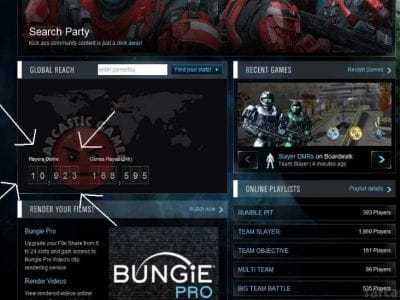