Another update to Halo 5: Guardians since writing this article comes from a Microsoft rep, which pretty much clears up the rumors about Cortana being the top character and we now know this is not the case.

Microsoft and 343 Industries just confirmed a number of details for Halo 5: Guardians, obviously its name, the release date window, and also a TV series that will launch along with the new Xbox One game.

The good news is we know the Halo 5: Guardians release date will be in fall, although the bad news is that the game will be coming in fall 2015. You’ll need to wait a bit longer before we get an exact date, count on next year for this information, although from a previous leak you can count on further details at E3 2014. Today’s blog post on xbox.com also confirmed a lot more is coming next month, and said that fans will be “excited about the special plans” to be featured at E3.

Microsoft’s blog post was titled “The Halo Journey” and written by Bonnie Ross from 343 Industries. It described just that with some background and how the road to Halo 5: Guardians is a massive deal, thanks to the game being a “bigger effort than Halo 4”. Part of the problem is making Halo 5 live up to the Xbox One hardware, which means a game that will run at 60fps, able to scale, run on dedicated servers, and have the features not possible with Xbox 360.

The new more powerful game engine will help Halo 5 reach its potential, and 343 Industries state the “Xbox One’s hardware” is going to make their “dreams” come true in delivering the best Halo game ever.

If you already have a wish list for Halo 5: Guardians on Xbox One, then let us know what features you want to see?

You will get to hear more about Halo’s all-new TV series next year, which is a collaboration with Steven Spielberg. Read the blog post on xbox.com, then let us know how excited you are for this “Halo Journey” in the comments. 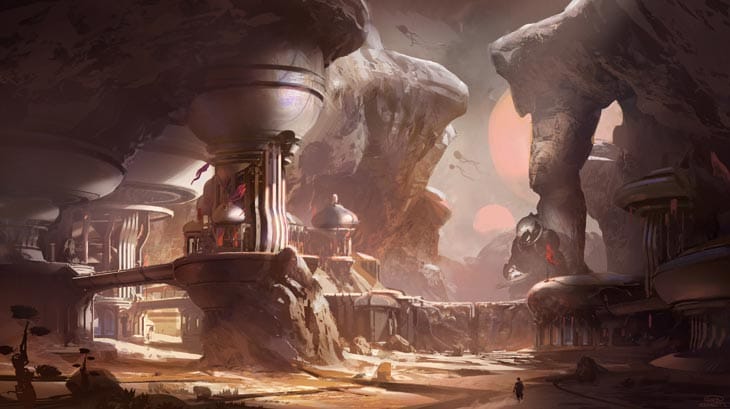 Update: We have added some concept art above that is the first real visual tease other than the box art. You can expect much more at E3 in June.