Those who have just inserted their Halo 5 disc for the very first time will be met with a nasty surprise today. It’s been confirmed that there is a Day One Halo 5 9GB update which users say is installing extremely slow.

This applies to the disc only version of the game so those playing the digital version won’t have to install this. That doesn’t particularly make good reading for those getting physical copies though. 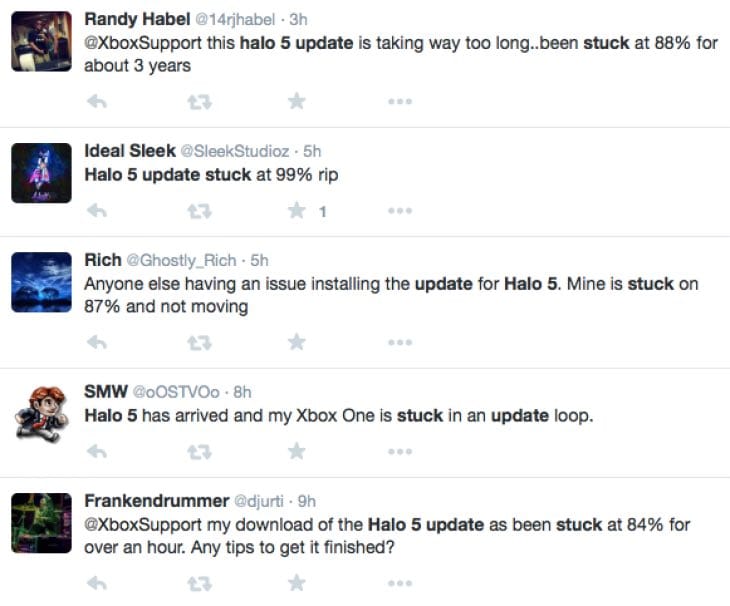 A 9GB install will take a long time by normal standards, but combine that with the fact that the Halo 5 servers appear to be taking a hit during launch – making the install time appear even longer.

We’ve seen many complaints from users who say that their Halo 5 update is stuck at 88%, 99%, 80% and hasn’t been moving for many hours. 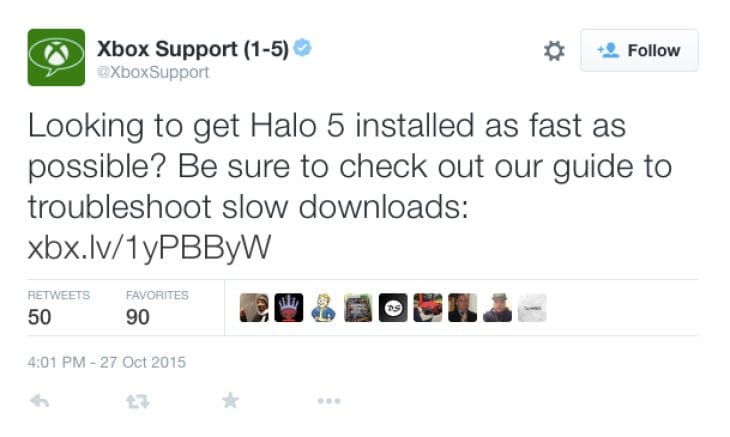 Let us know if you are still having problems with this. Is your Halo 5 update downloading very slow hours after initiating the 9GB file update?