Halo 4 is fast approaching and it is undoubtedly one of the main highlights for Xbox 360 users this year and a game that many fans have generally waited a long time to play. One of the main talking points prior to release is the expected disc install size and you’ll be pleased to know that we now have this crucial information for you.

It is pretty good news as well. We were expecting Halo 4 to come with a sizable disc install and 343 Industries has confirmed this. Xbox 360 users will have to set aside a whopping 8GB install for the second disc, but if you choose to make this change, you’ll be able to play through both game discs without physically swapping the disc yourself.

Furthermore players also have the option of installing this 8GB file to either the Xbox 360 hard drive, or an external flash drive if you want to save a some HDD space. It’s no secret that gamers do not like disc swapping anymore, but we have to say we quite enjoyed the times when we had to swap out up to four discs when playing Final Fantasy on the PS1. 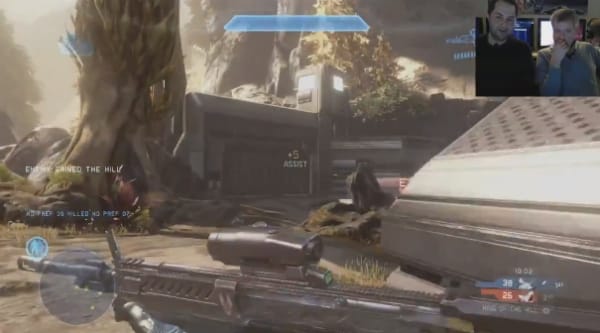 Having the multiplayer portion loaded onto the hard drive or flash drive also means that there is less chance of experiencing any lag issues than what might have occurred if playing straight from the disc – a problem that was evident in previous Halo games.

Onwards and upwards though, we think this is great news in ensuring that gameplay remains as smooth as possible, both single player and multiplayer. Are you in a spot of botter though with just a 4GB Xbox 360 console and no external storage facilities? We’ve added the official pre-release live stream from 343 Industries below, giving you a taste of the goodness that is about to drop your way on November 6.

Let us know your thoughts on the graphics seen in Halo 4 and what you think of the different multiplayer modes demoed in the video.