Like many others, we are glued to YouTube as we check out a live stream for Game Awards 2014. Right now, there’s just under 50,000 viewers watching simultaneously, the majority of which are constantly calling out “Half Life 3 confirmed” during every single game reveal.

It’s a little annoying truth be told, but then again many see it as the only way in which they can get Valve’s attention and pressure them to finally announce Half Life 3 to the world.

Sorry to disappoint, but it’s not going to happen at the Game Awards 2014. We also see Twitter going crazy as well, with constant streams of messages from those who are still expecting an announcement. 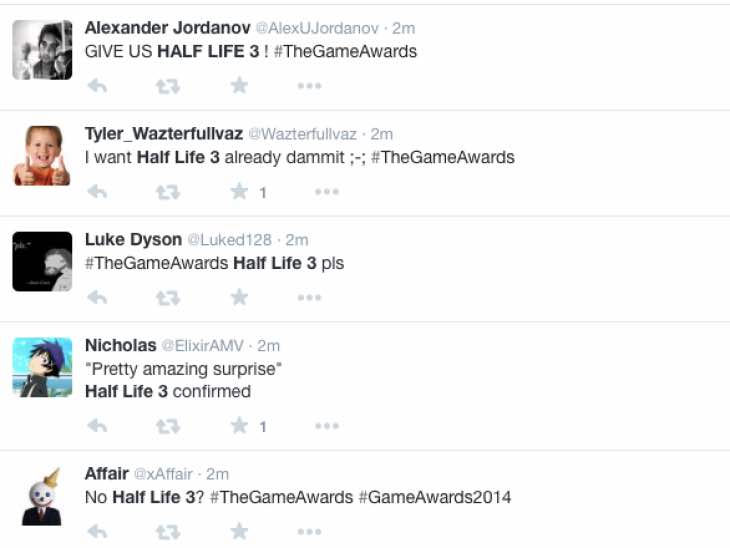 Does it not get tiring, or is just a way of continuing the Half Life 3 confirmed Meme trend that is still ever present? If you want our advice, just sit back and enjoy the dancing DJ, rather than overloading YouTube’s servers with the endless Half Life 3 cries.

For those who are also noticing the over the top responses to Half Life 3, do you admit that it is slightly distracting too? Valve are obviously not ready with the game and when they are – we’ll get an announcement.

Check out the ongoing live TGA stream here at YouTube and look at the chat stream for yourself. Pages and pages of Half Life 3 messages. Is it getting too much now?