If you’re thinking of playing your Guitar Hero: Warriors of Rock or DJ Hero 2 games over Christmas, then you might be pleased to know that you’ll now have a few more songs to choose from. Both games have just received new DLC, arriving just in time for all your Christmas get-togethers.

According to Alexander Sliwinski over at joystiq.com, three new KISS songs have just been made available for the Guitar Hero: Warriors of Rock game, including “Calling Dr. Love,” “Detroit Rock City” and “Rock and Roll All Nite.” The DLC pack is available for the PS3, Xbox 360 and Nintendo Wii. 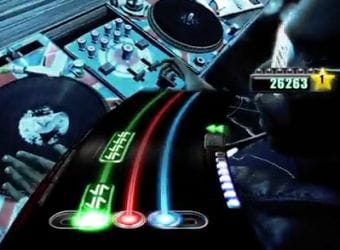 The three song DLC pack will cost gamers $5.50/440 MS Points and 550 Wii Points (according to the Activision website). The songs will also be available to purchase individually, costing $2/160 MS Points/200 Wii Points each. The DJ Hero 2 game on the other hand gets a few Linkin Park remixes added.

“Pts.OF.Athrty,” “When They Come For Me” and “The Catalyst (Does It Offend You, Yeah? Remix)” are the songs that have been added to the list of DJ Hero 2 tracks. This pack will cost 640 MS Points for Xbox 360 gamers/$7.99 for PS3 gamers and individually on the Wii for 300 Points each.

What do you think of these packs and will you be buying either one of them?