Attention all Guitar Hero Live players out there, as we want to hear your thoughts on how you think the game is progressing in 2016, amid frustration that the song updates from developers FreestyleGames have below par.

We can see that many players are a bit disappointed that the weekly Premium Show updates are adding songs that nobody knows about – or perhaps better put, songs that are not largely in the public eye.

In other words, FreestyleGames seems to be saving some of their big hitters for later in the year and if that’s the case we want to know what songs you want to see personally. 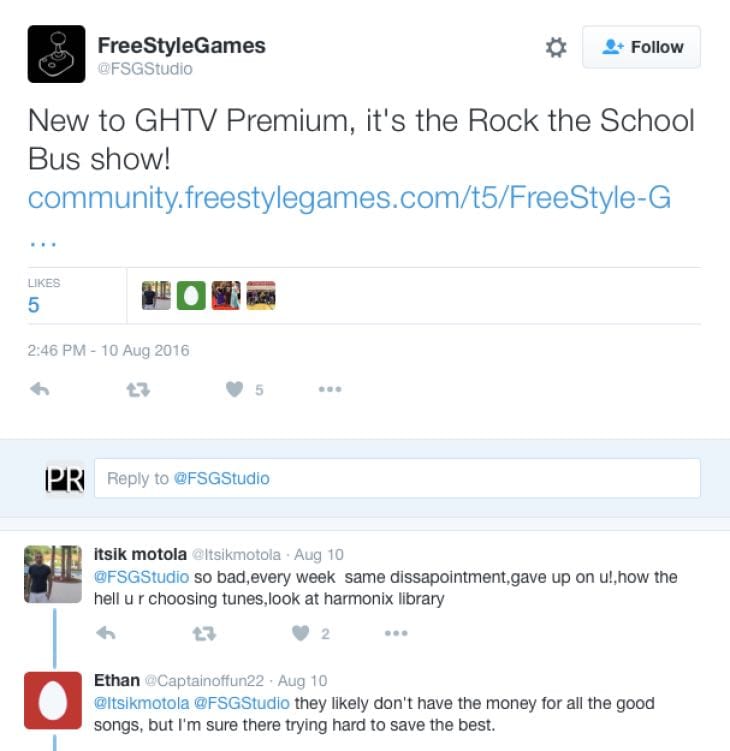 The last update to game added Marcy Playground – Saint Joe On The School Bus, The Neighbourhood – Sweater Weather and Cracker – Teen Angst (What The World Needs Now) to the Premium Show lineup.

You can see from the screenshot above that the very first comment is a negative one, even going as far to say that Harmonix has the better lineup and questions who is choosing the Premium GHTV lineup every week.

Do you agree that it needs improving? If you are still playing the game and expecting more for your purchase given you bought GHL instead of Rock Band 4, leave a comment below on what songs you want to see.

Is it really about money which is preventing all the ‘good’ songs from appearing?